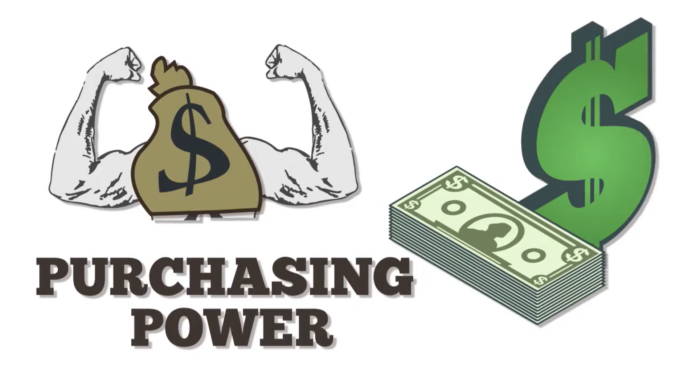 Since January 2019, Pakistan has had a cumulative inflation of 67.4% as measured by the Consumer Price Index. Prices of some items may have increased much more during the same period. A commodity super cycle eroded purchasing power of the PKR, making even the most basic staples and necessities more expensive.

Prices are downward sticky, which suggests that once they increase, it’s difficult for them to fall as the market readjusts itself. A sustained level of inflation keeps the adjustment process running on a perpetual basis, resulting in second, third, and more rounds of price spikes, eventually resulting in sustained double-digit inflation, or even hyperinflation, as can be seen in some economies.

The government through band-aid solutions tries to alleviate such inflationary pressures by providing subsidies and running perpetual deficits, funded by an increasing quantity of debt.  As the amount of debt increases, fueling growth in money supply, an economy eventually reaches an inflection point where there is too much cash seeking too few goods. As the same goods are not available in the local economy, because supply was never allowed to increase through adverse policy decisions, such goods are then imported. A greater demand for imported goods exerts a downward pressure on the local currency, which makes everything else more expensive in an increasingly import-dependent economy.

In-effect, inflation is the worst kind of indirect tax. A government that cannot take prudent fiscal decisions chooses the lowest hanging fruit of running perpetual deficits, and funding the same by more borrowing – the cost of which is disproportionately paid by the most vulnerable segments of society.

As per the latest available household survey, it is estimated that expenditure on food made up roughly 50% of a household’s total income. An increase in food inflation disproportionately affects household budgets, particularly of the most vulnerable segments, who then have to resort to cutting down on caloric consumption. In a country where almost 40% of children are stunted and there is rampant malnutrition, this remains a phenomenal systemic failure of the state, which can’t even feed its population.

As inflation is irreversible, and wages only adjust in real terms with productivity, households that do not have access to quality education, or jobs that instill productivity are at a permanent disadvantage. Inflation does not only result in erosion of Purchasing Power permanently for such households, it also permanently pushes such households below the poverty line. It adversely affects lifestyles, and puts the future generations who are already disadvantaged at risk.

The state has failed in feeding its population. By adapting policies that affect the most vulnerable, and enriching those at the top, it has created an economic and social structure that resembles the society depicted in the Hunger Games, wherein only the Capitol has all the wealth and power, and remains oblivious to the suffering of everyone else. Our country is also being run by pockets of influence in a few cities, which ensures that all policy making serves the interests of a few thousand households rather than the remaining millions living in the country.

It is time for some introspection. The state needs to decide whether it exists for the citizens of this country, or it is just an administrative extension serving the interests of a few thousand households. Even most reading this, or being able to read and understand this piece belong to the same households, and are equally complicit. We have all failed the people of this country, and it does not seem to be getting better anytime soon.

If the state needs to work for its people, it needs to transition towards a broad based taxation regime and must arrest the growth of money supply. It needs to redirect capital towards more productive avenues that are export oriented and enhance productivity, rather than encouraging a cash based economy that plays a critical role in driving inflation, and eroding purchasing power permanently.

After narrowly scoring a visa right before the IMF and World Bank Group Annual Meetings 2022 were due to begin, I found myself in...
Read more