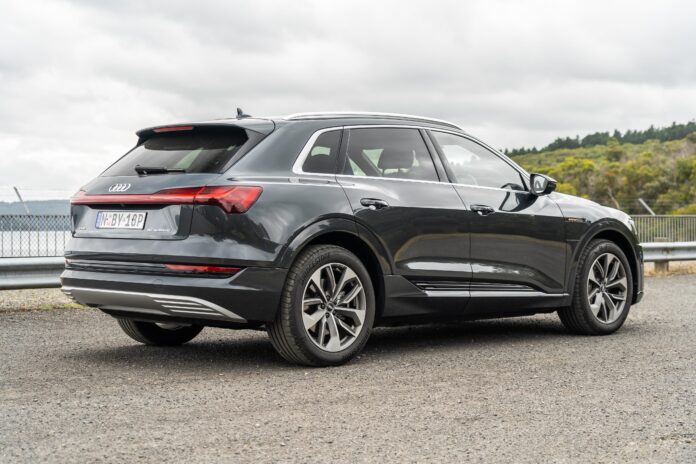 LAHORE: Audi Pakistan has revised the prices of its entire e-Tron portfolio downwards after the increase in regulatory duty the Government levied upon it in August has lapsed on 21st November, 2021. The new prices are as follows:

However, can you actually buy an e-tron at the aforementioned rates? Prima facie, yes but realistically it’s a lot harder than it seems. Furthermore, why has the regulatory duty been reduced to begin with at a time when default and a foreign exchange crisis is the talk of the town?

On 22nd August, the Federal Bureau of Revenue (FBR) introduced Statutory Regulatory Order (SRO) 1571(I)/2022. This was a blanket increase that saw regulatory duties harmonised across all imported vehicles and set at 100%. The decision had come off the back of, then Finance Minister, Miftah Ismail’s press conference in Islamabad where he stated “So, the choice is simple; we either use that money to buy cars or wheat. That we buy mobile phones or grain, or home appliances, microwaves and air conditioners as opposed to edible oil.”

The devil is in the details and the noteworthy detail for the aforementioned SRO is that the regulatory duty on electric vehicles was time bound till the 21st November. Subsequently, when the duty did lapse, the regulatory duties applicable on electronic vehicles returned to its pre August rate of 10%. Audi Pakistan was thus legally bound to revise its prices downwards or to notify customers that the prices were not on account of the regulatory duty if they stuck with the existing ones. Audi chose the latter.

So can you buy an e-tron at these new rates? Maybe

Any customer can without a doubt go and make a booking for the Audi e-tron. However, Profit inquired with their local dealership and found that wait times currently stand at five to six months depending upon the variant you book.

Furthermore, in conversation with Arshad Raza, CEO of Premier Motors which is the parent of Audi in Pakistan, Profit discovered that the company is currently is still in the process of taking orders and will likely reach out to the State Bank of Pakistan 20 days to a month from now to request access to a letter of credit to the import the vehicles. Herein is the problem, the State Bank of Pakistan is currently rationing foreign exchange reserves to all importers. Subsequently, companies in the end receive far fewer letters of credit than the number they request.

This will force Audi Pakistan to either take very limited orders or possibly extend the wait times even further. What are the ramifications of this? Pakistan’s economic situation as of right now is not the most conducive to say the least. The automotive sector in particular has been caught in the eye of the storm in terms of both public outrage and heavy handed policies by regulators. Therefore, it is very likely if the situation does not improve then we could see the regulatory duty spike again after customers have already made bookings for their vehicles. This would necessitate they pay the difference.

Customers who would want to circumvent the wait time by opting for the second-hand market would find that all models of the e-tron still retail for premiums above the aforementioned rates.

Will the regulatory duty return? Profit reached out to the FBR and found that as of right now they do not have any plans to rescind their duty reduction. Profit also found that the FBR will be analysing import data over the past few months to gauge demand for electric vehicles, their revenue generation potential, and their impact on the foreign exchange reserves to make future decisions about the regulatory duty. The findings, depending upon the time horizon, are likely to be skewed.

Electric vehicle data, for this year at least, is likely to show depressed figures due to them being subject to the import ban first and then the regulatory duty hike. Real demand forecasting will be evident based upon future expectations and demand that the country witnesses in the months to come. However, these imports will be coming at a time when the country will be scarce on foreign exchange. How the Government manages this juxtaposition is anyone’s guess.

Finally, the decrease in the regulatory duty will have an immense target on its back because of electric mobility being synonymous with the e-tron in Pakistan. “Most customers are normal citizens that finance their purchase through the bank.” Raza told Profit when inquired whether the e-tron was limited to only the highest income strata in Pakistan. However, even if Raza could placate onlookers who would hold different views, the local automotive industry is likely to be up in arms.

With non-production days as everyday occurrences, local manufacturers are likely to see this downward revision on the regulatory duty as a cudgel the Government has used against them in comparison to the import quotas levied upon them.

Has anyone actually benefited immediately from the reduction in the regulatory duty then? Profit did receive information about a handful of people that might have.

Profit received information from within Audi that four to six e-trons had been cleared through the port and Pakistan Customs between 21st November and now. These e-trons would have been subject to the old rates had they been cleared earlier, however, their timing enabled them to benefit from the reduction in regulatory duty now in place.

When Profit asked Raza about the matter, he responded that “zero” e-trons had been cleared in the aforementioned time period. If even these handful of people did not benefit from the reduction, then will anyone benefit from it immediately at least? We can’t say. However, what we can say is that the future of imported vehicles looks to become ever more electric.