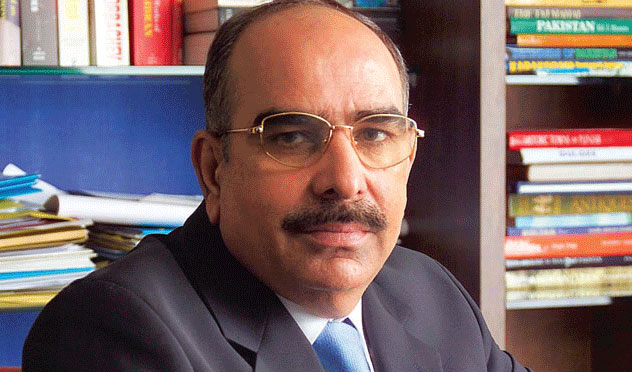 ISLAMABAD: In what could prove to trigger the unravelling of one of the most clouded and murky webs from the Imran Khan administration, real estate tycoon Malik Riaz Hussain has been served with a call-up from the National Accountability Bureau (NAB).

He has been asked to appear before a combined investigation team of the accountability watchdog at 11 00 AM on the 1st of December at NAB’s offices in the federal capital. The case due to which he has been summoned goes all the way back to 2019, and involves accusations of bribery, corruption, and kickbacks against the government of former prime minister Imran Khan.

What is the case about?

In 2019, the National Crime Agency (NCA) of the United Kingdom agreed to a settlement worth £190 million with the family of property tycoon Malik Riaz. The settlement was the largest ever in the history of the NCA, and since it was out of court, came with the stipulation that it did not “represent a finding of guilt”.

To understand this, the NCA is a national law enforcement agency in the UK that investigates money laundering and illicit finances derived from criminal activity in the UK and abroad. If the NCA is investigating a case outside of the UK, it returns the stolen money to the affected state. So if the agency is investigating fraud or money laundering in Pakistan, it will prosecute or make a settlement in the UK and return the money to the Pakistani government.

That is what happened in the case of Malik Riaz. His family had been under a ‘dirty money’ NCA investigation for a while, which reached its conclusion with the £190 million. However, the matter gets murky with the entrance of Special Assistant to the Prime Minister on Accountability Shahzad Akbar, who apparently on the behest of Malik convinced the NCA to settle the matter and return the money to Pakistan.

On Dec 5, 2019, Mr Akbar announced at a press conference in Islamabad that £140m had been repatriated to Pakistan, into the Supreme Court’s account. When asked how the money could be transferred to the SC account, he deflected the question saying that the government, NCA and Mr Riaz had signed a “deed of confidentiality” which prevented him from elaborating on the matter.

So what happened to the money?

We don’t quite know, and this is where the web gets really intricate. Essentially, the accusation is that the £140m that was repatriated to Pakistan after Shahzad Akbar’s intervention with the NCA on behalf of Malik Riaz went straight back into the bank account of the property tycoon.

After coming to power, the incumbent PDM government accused former prime minister Imran Khan and his wife Bushra Bibi of accepting billions in cash and hundreds of kanals of land from Bahria Town in return for the help that Khan’s government gave to Riaz during his investigation by the NCA. Interior minister Rana Sanaullah claimed that Bahria Town entered an agreement and gave a 458-kanal land with an on-paper value of Rs 530 million to a trust owned by Imran Khan and Bushra Bibi. The land was donated to Al-Qadir Trust, and the agreement bore signatures of the real estate’s donors and Bushra Bibi.

Sanaullah claimed that Imran’s aide Shehzad Akbar had “settled” the entire case, while the Rs 50 billion-which belonged to the national treasury-was adjusted against Bahria Town’s liability. He said Imran had received a graft of Rs 5 billion as “his share” through Akbar before the case was wrapped. He further said that Bahria Town, after its Rs 50 billion was protected by the then PTI government, had allotted 458 Kanal land with an on-paper value of Rs 530 million to a trust owned by Imran and his wife. He further said that another 240 Kanals were transferred to “Farah Shehzadi” commonly known as Farah-a close friend of Bushra Bibi.

It is these 458-kanals that have now come under the scrutiny of the accountability bureau. In the call-up notice served to Malik Riaz dated the 24th of November, he has been asked to appear with documentary evidence to record his statement regarding purchase of 458 Kanals 04 Marlas 58 square feet situated in Hadbast No. 77 at Mauza Barkala, Tehsil Sohawa, District Jhelum.

The apex anti-graft body required Malik Riaz Hussain to present a complete record regarding Similarly, he has been asked to produce the deed through which M/s Bahria Town donated the above said land to Al-Qadir Trust alongwith revenue documents. Likewise, details of other property/donation (if any) transferred by him, any of his family members of M/s Bahria Town in favour of Al-Qadir Trust or any of its trustees, whether through sale/purchase, gift, donation or any other mode. Moreover, any other relevant information/record.

“You are advised that failing to comply with this notice, may entail penal consequences as provided in Section 2 of the schedule of NAO, 1999,” reads the notice. The notice was issued by Muhammad Faisal Qureshi, Additional Director (Staff), NAB Rawalpindi.