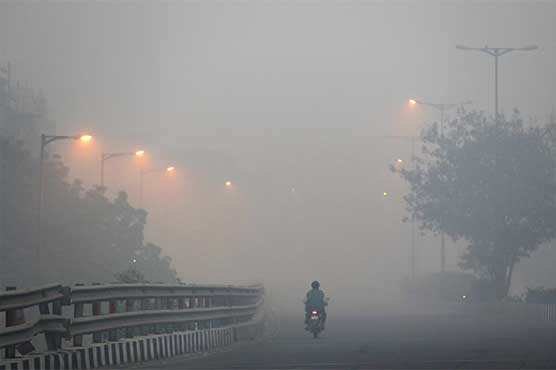 Lahore once again capped the ranking of the most polluted cities in the world with a peak Air Quality Index (AQI) of 668 in some areas of the city. Yet even as citizens of Punjab’s capital cough, wheeze, and rub their eyes from the effects of the deadly smog, a shocking silence remains in the corridors of power over what should be ringing alarm bells.

The scale of the problem

To understand this, the air quality index is calculated based on averages of all pollutant concentrations measured in a full hour, a full eight hours, or a full day. The final calculation is made by averaging at least 90 measured data points of pollution concentration from a full hour. For Lahore to regularly measure well above hazardous is shocking, and the governmental and institutional apathy in response is criminal. To put things into perspective, in September 2020 the Oregon Department of Environmental Quality and Lane Regional Air Protection Agency released data that showed historical record-breaking air quality across the state following massive forest fires that left the state engulfed in ash and soot. The resulting AQI calculations that caused alarm and shock? Just under 500. On Wednesday, Lahore capped this by some distance.

The scale of the problem is massive and its consequences will be dire in the years to come. Prolonged or heavy exposure to hazardous air causes varied health complications, including asthma, lung damage, bronchial infections, strokes, heart problems, and shortened life expectancy. A report in Dawn from back in 2019 points out how a 2019 analysis by the Air Quality Life Index produced by the Energy Policy Institute of the University of Chicago showed that long-term exposure to particulate matter air pollution was reducing the average Pakistani’s life by “more than two years.” And a 2018 study commissioned by Air Quality Asia, and carried out by Dr Junaid Rashid and Dr Shazia Manzur of Lahore’s Children’s Hospital, shows a spike in admissions for lung-related ailments during the smog season.

The ‘Global Alliance on Health and Pollution’ estimated in 2019 that 128,000 Pakistanis die annually due to air pollution-related illnesses. What is more alarming is that the statistics for the long-term damage that these prolonged years of smog will have on the health and lifespan of the city’s population are yet to even materialise.

So what can be done?

The reality of the situation is that we know what the root cause of the problem is. The city is filled with cars that have deadly emissions. It is close to unregulated industrial zones and perhaps worst of all it has been a problem that is consistently ignored because it goes away in the summer.

A drastic revamp of the public transport, afforestation in dense urban areas, higher taxes on cars, distancing industrial zones, and plans to try and turn Lahore into a more walkable city will be vital to making Lahore liveable again. And that is what we must remember — it is possible.

Up until now, the smog issue has been taken for granted. It has been written off as a phenomenon, or a new reality, or some kind of act of God. The government has responded with ad hoc actions to firefight the problem on a temporary rather than a sustainable basis. The utter failure of the administration to take durable measures to improve the air quality has inflicted severe, long-term harm on public health, putting people at greater risk for heart and lung diseases.

The truth is it is entirely created by our own irresponsibility. While larger goals like shifting to clean energy are important, in the meantime we must at least revamp Lahore and other cities to make them friendlier to the environment. Because as things stand, the consequences of this in the future will be dire.