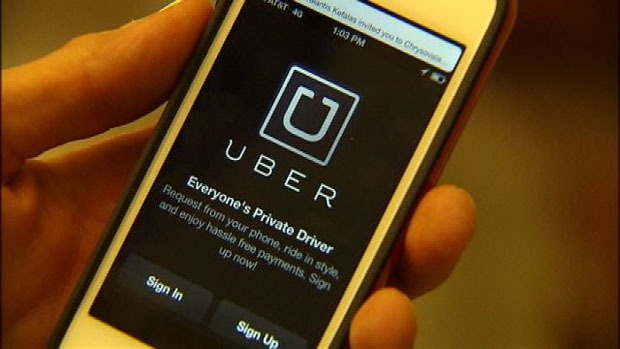 If you want to bid farewell to the humdrum of nine-to-five jobs, you’re in for luck, for lo and behold, driving cabs is the new rage hitting across the metropolitan cities of Pakistan.

And luckily it appears to compensate well.

After the launch of cab-hailing services Careem and Uber in Pakistan, money-making opportunities for car vendors and drivers have increased tenfold.

Not only did the two cab-hailing services remain successful in gaining popularity, especially among women, but they also managed to draw the car rental community under one umbrella.

Moreover, people with personal cars are all geared up to steer the wheel towards the big pick up. According to a survey by Profit, drivers with own cars are earning up to Rs70,000 a month, working 11 hours during a six-day week.

Enter Nasir, a thirty-year-old owner of two Toyota Corollas. Nasir takes home more than Rs50,000 a month per car providing pick and drop services to clients of Uber and Careem. This is 31.5 per cent higher than Rs 38,000 – the average monthly salary in 2015 in the financial sector, which incidentally is the most sought-after industry in terms of compensation.

In good months, their average earnings can shoot even higher. For example, Nasir made Rs1,75,000 in the month of Ramzan. After eliminating fuel and maintenance costs he was left with a take-home of almost Rs 85,000.

After an overwhelming response in Karachi, Lahore and Islamabad, Careem is all set to launch in five other cities: Hyderabad, Faisalabad, Gujranwala, Peshawar and Multan. Uber, on the other hand, is currently present in Karachi and Lahore and has not announced any further expansion plans. Yet, its acceptance in the market cannot be denied.

To top it off both Uber and Careem claim that the demand is exceeding supply each passing day – an indication that more people will jump the bandwagon in the days to come.

So what is broadening work opportunities for drivers around the country?

According to Uber, it currently employs more than 1,000 active drivers in Lahore alone. These drivers managed 65,000 rides in the last two weeks of July, just a couple of weeks before its launch in Karachi. Careem Pakistan, on the other hand, refrained from disclosing their number of drivers; however, a major car vendor who has engaged more than 50 of his cars with Careem said the UAE-based company has 3,000 active drivers working in Karachi.

These vendors and drivers, who were already involved in rent-a-car business, aren’t the only ones benefiting from the growth of these ride-hailing services. A whole new breed of college graduates are becoming a part of the league.

A classic case is that of Faisal, a fresh graduate who drives his father’s cars for Uber’s clients and earns more than what a corporate organization would pay him in starting salary. While Faisal drives one car, he has employed drivers on daily compensation for the other two.

The remuneration packages offered by the two online giants are a cherry on the cake for the drivers, especially young adults with a drive to provide better for their families.

Careem pays 80% of the fare earned on each ride to the vendor. In addition to this, the company tops up the difference to meet the guaranteed amount of Rs4,200 per day for business cars, Rs3,500 and Rs2,800 per day for economy and Careem Go respectively.

Furthermore, vendors aren’t the only beneficiaries in the sport. Aside from the monthly salaries they get from the vendors, drivers can earn fortnightly bonuses of up to Rs9,000 based on performance. They are required to complete 100 rides in 14 days, maintain a rating of 4.5 points and uphold a ride acceptance rate of 90%

“Hundred rides in 14 days is a piece of cake for me”, says Shabbir, who has been driving Careem for a few weeks now. Shabbir works 11 hours a day and covers an average of 170 kilometers each day.

On the other hand, Uber pays the drivers on hourly basis. It pays Rs520 per hour to the vendors, out of which the partners get Rs391 for each hour on duty. It also provides a bonus of Rs5,000 on 30 rides in two days.

The entry of Careem and Uber in the country may have opened new opportunities for unemployed youth, but they are far from delivering standards practiced by drivers in developed markets.

Only within few months of the launch, many passengers have pointed out flaws in the training of both captains and partners.

In a diverse and multifaceted metropolis like Karachi, the drivers need more than just basic training of how to use the app and navigate the roads. For customers, detailed background checks of the drivers are very essential along with the expectation that they shall be treated respectfully. “I have a constant fear while I’m in the car with the driver and this is mainly because he is very casual and lacks professionalism”, said Zainab, a university student and a regular user of Uber and Careem. With a growing middle-income class and an ever-expanding presence of women in the workforce, the Pakistani market holds massive potential for the companies. But the factor of substandard quality and performance cannot be ruled out.

“If the two cab services play their cards smartly and improve on a few things, they are one of the best things to happen to Karachi,” added Zainab.

- Advertisement -
Facebook
Twitter
Linkedin
WhatsApp
Email
Previous articleIs it the beginning of the end for S. Abdul Khaliq’s 400-year-old legacy?
Next article“Pakistan’s stock market likely to get $1bn worth of IPOs till 2018”