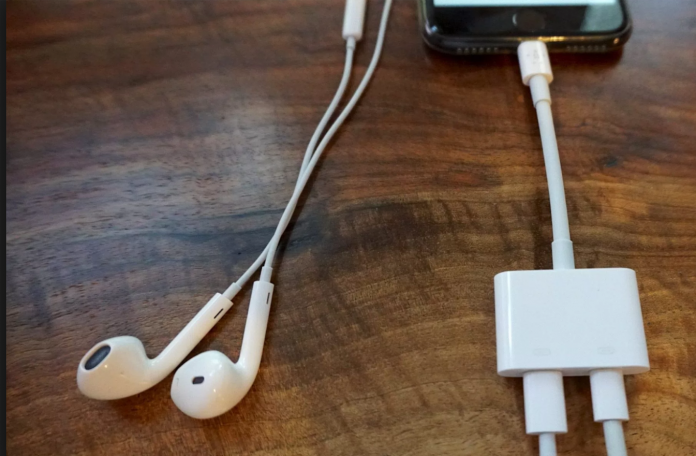 Apple syndrome: When one will purchase any and all Apple products regardless of price or need, as long as it is the latest product in the market. In extreme cases, a sufferer can be presented with two identical iPhones, one labelled iPhone 5 and the other iPhone 5S. Yet, a person suffering from the syndrome will delude themselves into thinking that the one labelled iPhone 5S is somehow superior.

It is a very weird, scary and sometimes ridiculous thing to comprehend how much dependent we are on a flat, thin slab of metal and glass powered by, what we still simplistically call, a computer chip.

It probably never even occurred to any tech consumer over the past 10 years that the industry would churn out a new gadget, or a modified one, every year. Similarly, it probably also never occurred to that same consumer that somewhere after 2012, the industry just started spitting out more of the same, kind of like new wine in old bottle.

The industry of smartphones, laptops, and home PCs has changed drastically over the last decade. Touchscreen platforms have been added to almost all systems and it seems that tech companies believe touch interface is going to be the future.

Looking at the smartphone industry, Apple and Samsung are the two big names that come to mind. Over the years, smartphones have started looking quite similar and yet, increasing the model number by a digit keeps the consumer coming back for more.

Apple’s blind faith in their consumers and vice versa has resulted in consumer exploitation of the highest degree in terms of price and design, and it doesn’t seem that consumers are willing to be aware of this any time soon

Although Apple and Samsung have a very varied product range, both are extreme competitors at their high-end models. In 2016, both companies came out with newer models of their high-end smartphones and there were some obvious differences this year, both in terms of the operating software as well as the design.

Looking at Samsung’s offering in March this year, and it appears that the Galaxy S7 Edge was the first time consumers saw a phone very unlike Samsung’s usual safe play plastic-at-the-back-glass-at-the-front approach. Like its predecessor, the S6 Edge, the new kid on the block boasted a larger screen and an all glass body giving it a very well balanced and elegant look. The double-edged front and back screen make the phone look more complete, but at the same time decrease the screen’s overall integrity as numerous drop-tests have proven. The front edge screen features also happen to be useless so it is merely a design plus for the phone and nothing more.

Apple’s iPhone 7 and 7 Plus came this August, and as always Apple fans frolicked to their nearest Apple store to get a fix of all that is “super amazing” about the brand. The iPhone 7 Plus, however, is not in the scope of this piece with the focus being on the comparison between the iPhone 7 and Samsung’s S7 Edge.

Apple, this year, had the gall to roll out an iPhone 6 and call it an iPhone 7. The fans ate it up and lined up to get a glimpse of what they already had in their hands.

The new iPhone has a new chip, a new camera, new colours and a new price tag. One obvious change, however, was the idiotic removal of the 3.5mm headphone jack so that all third-party headphone manufacturers would have to pay Apple to use the lightning port exclusive to the brand. The only way to charge your phone and attach headphones at the same time is by purchasing Apple’s special adapter, which again is a truly ridiculous notion. Apple’s blind faith in their consumers and vice versa has resulted in consumer exploitation of the highest degree in terms of price and design, and it doesn’t seem that consumers are willing to be aware of this any time soon.

Samsung’s recent catastrophe with the explosive Galaxy Note 7 has put a dent in the company’s last quarter earnings, and naturally Apple was jubilant and did not miss out on the opportunity

The new IOS (iOS 10.1) does, however, offer some relief with a better 3D touch system and more integration of applications. IOS has always been a cleaner, more sophisticated Operating System (OS) than Android, and this year’s phones are no exception. Samsung has also radically redone many of the features on their new OS (Android OS, v6.0, Marshmallow) and are realising that it needs to improve consistently.

What Apple has done is that they have focused more on OS improvement, and the hardware in which that OS goes into remains pretty much the same with some modifications that range from the chipset architecture, camera to the finish, which does make a difference.

The problem, however, is honesty. Apple has stopped being honest with their consumers and makes them think they are still revolutionising the tech-industry. But nowadays, it takes a little more than Sir Jonathan Ive’s soothing voice in an Apple advert telling consumers how stupidly brilliant Apple is.

Samsung might be headed in the same direction. It might take longer for them to reach their creativity saturation point as the company is vastly different from Apple, but there will come a point where the criticism on Apple would apply to Samsung as well. Samsung’s recent catastrophe with the explosive Galaxy Note 7 has put a dent in the company’s last quarter earnings, and naturally Apple was jubilant and did not miss out on the opportunity.

The smartphone industry therefore, has somewhat saturated and maybe, the only good thing to come out will be in the form of intangible software goodies, which is not necessarily a bad thing. Only time will tell what hardware ingenuity comes the consumer’s way in the future. With Google also gearing up with their ‘Pixel’, the market might just have a new entrant to be reckoned with.

Till then the best one can hope for is a little bit more honesty in the market. And thank God for headphone jack!