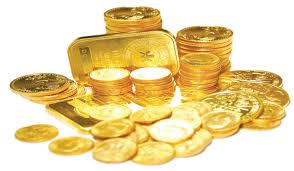 The import of gold into the country fell by 48.05 percent during the first five months of the current fiscal year (2016-17) as compared to the same period of the previous financial year.

On the other hand, overall metal group imports increased by 4.42 percent to $1.606 billion in first five months of the current fiscal year from $1.538 billion in the same period of last year, according to latest data of Pakistan Bureau of Statistics (PBS).

Similarly, iron and steel import increased from $750.020 million last year to $814.521 million this year thus showing an increase of 8.6 percent.

The import of overall metal group, however, increased by 7.11 percent and 14.05 percent as compared to the import of November 2015, and October 2016, respectively.

Samsung acquires Harman International for over $8b

In a bid to acquire expertise in audio, Samsung is acquiring the company behind Harman Kardon and JBL: Harman International, according to media sources....
Read more
HEADLINES

Minister for Planning Ahsan Iqbal has directed the management of the PIA to submit a comprehensive two-year revival plan of the national flag carrier...
Read more
Uncategorized