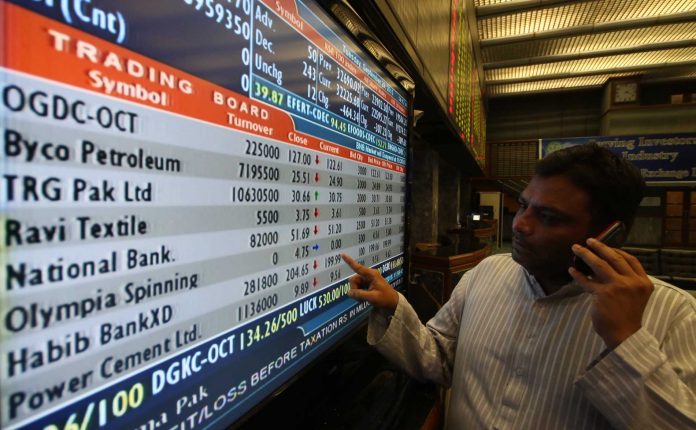 Pakistan’s soaring stock exchange will introduce derivatives trading from the middle of 2017, the bourse’s managing director said, announcing the move weeks after a Chinese-led consortium took a strategic stake.

Nadeem Naqvi, managing director of Pakistan Stock Exchange told Reuters the introduction of derivatives, as well as plans for listing of infrastructure bonds, were part of efforts to boost liquidity in the market and lure foreign investors.

The PSX saw its benchmark index soar 60 per cent over the past year, making it one of world’s top performing indexes.

“Cash settled futures, single stock options, we are on target to launch this year, just after mid-year,” Naqvi said on Thursday.

On Friday, a delegation from the Chinese-led consortium formally signed documents for the takeover of PSX with Pakistan’s Finance Minister Ishaq Dar, who said the Chinese bourses could help develop the latest technology and trading systems.

Pakistan’s economy has rebounded in recent years, with improving security across the country fuelling economic growth.

Sentiment was further buoyed by China’s plans to invest $57 billion in a network of roads, railways and energy infrastructure across Pakistan.

Pakistan was the world’s fifth highest-returning stock market in 2016, but the growth was driven by local investors, with the bourse eager to attract more foreign inflows.

According to Naqvi, foreign institutional portfolio managers hold about a third of all freely tradable shares, while another third is held by domestic institutions, pensions and institutional companies.

The remainder is held by Pakistani retail investors.

The market capitalisation of the PSX is around $90 billion, although only about a quarter of that is freely tradable.

Pakistan’s bourse was boosted last year when the country’s stock market was reclassified to be included in the MSCI’s emerging market index category.

In December, the average daily value of trades stood at about $200 million, doubling from December 2015, but some way below pre-2008 crisis levels, when daily trades reached $400-$500 million.

Pakistan was dropped from the MSCI Emerging Markets Index when it imposed a floor on the market during the financial crisis in 2008, effectively trapping local and foreign investors for several months.

Over the past few years officials have been enacting market reforms to regain the trust of investors, including demutualising Pakistan’s bourses to weaken the influence of stockbrokers and deepen the investor base.

Naqvi said the introduction of derivatives should help drive profits.

“Derivatives bring in more liquidity in the market and liquidity is good for exchange business because trading activity generates trading fees,” he added.

Naqvi has also been pushing the government to launch infrastructure bonds on the bourse to help fund huge projects and reduce delays, at the same time as allowing companies to fund capital expenditure more cheaply.

“The first infrastructure bonds are mostly in the fourth quarter of 2017,” he added.

Looking ahead, Naqvi hopes the Chinese bourses will boost Pakistan’s tiny corporate debt market, which has struggled to gain traction as Pakistani companies continue to turn to banks for loans.

“This is one big area where the Chinese consortium can play a role,” he said, adding that there are also plans to launch Sukuk bonds to cater for the fast growth of Islamic finance in Pakistan.