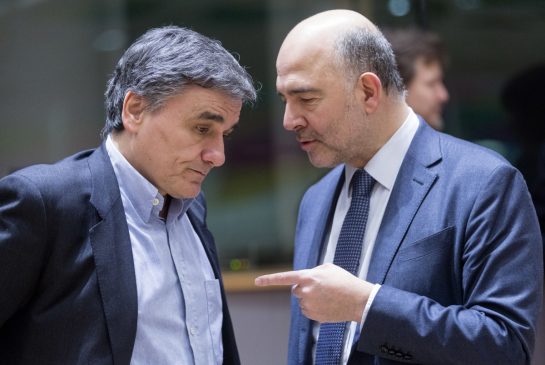 In its monthly survey of economic activity across the region, financial information company IHS Markit also said job creation was the best for nine and a half years, as order books and business optimism continued to pick up.

The firm’s purchasing managers’ composite output index a broad gauge of economic activity spiked to 56.0 points in February from 54.4 the previous month.

The index now stands at its highest level since April 2011, which points to potentially robust quarterly growth of 0.6 per cent in the first three months of the year, if sustained in March.

“With inflows of new orders also surging and firms becoming even more optimistic about the year ahead, growth could even lift higher in coming months.”

The big surprise within the survey was that France appears to be growing slightly faster than Germany for the first time since August 2012. Both, according to Williamson, are growing at rates of between 0.6 per cent and 0.7 per cent in the first quarter.

“France’s revival represents a much-needed broadening out of the region’s recovery and bodes well for the eurozone’s upturn to become more self-sustaining,” said Williamson.

France is in focus at the moment ahead of upcoming elections. Opinion polls suggest that the race is narrowing. Though they show that far-right presidential candidate Marine Le Pen would be ahead in the first ballot, she still trails potential rivals in the subsequent runoff.

Political uncertainties abound in the eurozone this year. In addition to the French election in April/May, there are national polls taking place in the Netherlands next month and Germany in the autumn.

In light of last year’s vote in Britain to leave the European Union and Donald Trump’s victory in the US presidential election, there are concerns that a populist tide may sweep continental Europe, too.

Given the uncertainties, few in the markets think the European Central Bank will soon bring an end to its stimulus efforts to revive the eurozone economy.

Still, another potential bright spot for policymakers at the ECB was the survey’s finding that inflation appears to be rising from dangerously low levels previously.

“The ECB will be cheered by the signs of stronger growth and further upturn in price pressures, though will no doubt remain concerned that elections and Brexit could disrupt the business environment this year,” said Williamson.

“No change in policy therefore looks likely until at least after the German elections in September.”