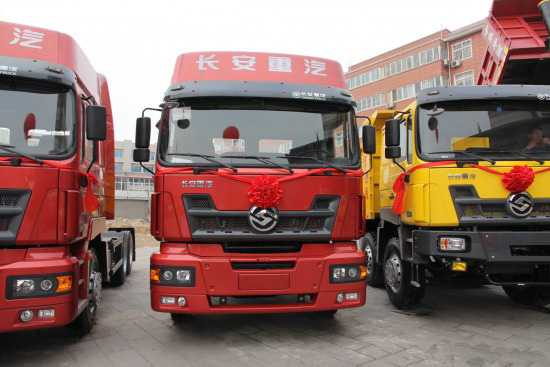 Chinese trucks companies are showing keen interest in making entry into the Pakistani Automobile sector. Their presence was greatly felt at the recently concluded Pakistan Auto Parts Show (PAPS) held at the Karachi Expo Centre which had a total of four truck makers who participated in the exhibition; three of which were Chinese while there was only one European truck maker at the exhibition.

Chinese players’ interest in selling trucks to Pakistan makes sense since the demand for HTV (Heavy Transport Vehicles) is expected to rise as CPEC projects come to fruition. Focusing not only on the traditional sectors like oil and transport, these trucks will also be used in other sectors like energy and highways, according to market sources.

Similar to many other Chinese products, the USP (Unique Selling Point) for Chinese truck makers is the low price they offer to their customers; being almost half the price of European and Japanese trucks, according to sources.

However, competitors like the Swedish truck maker Volvo, amongst others, do not feel threatened by their Chinese competitors’ increasing presence in the Pakistani market. They believe that their sales are growing, and will continue to grow in the future too, due to the growth in the industry. On top of that, some industry experts believe that many Pakistani companies which are well-established and can afford to pay more prefer European trucks because of better quality.