Loans to private sector increase as economy continues to grow 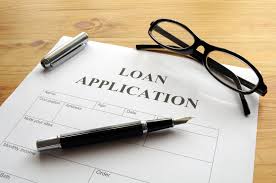 The previous year 2016, witnessed an increase in bank lending to small and medium enterprises (SME). The trend continued for corporate loans also.

According to State Bank of Pakistan’s (SBP) report, bank loans to SMEs grew 29.2pc in CY16 against just 6pc in CY15. In a senior central banker’s opinion the enhancement in credit for private sector companies’ represents higher economic growth.

Pakistan’s GDP growth between FY14-FY16 has averaged at 4.3pc against 3.7pc average growth between FY11-FY13. The GDP is aimed to accelerate further to around 5pc. With the anticipated growth in the economy there is likely to be an increase in credit demand for SMEs.

Furthermore, in CY16 21pc of corporate loans were for investment in fixed assets as opposed to 19pc in 2015. However, during the same period, loans to SMEs for fixed assets fell from 33pc to 18pc. Credit demand for SMEs was mainly in the manufacturing and services sector with highest demand from downstream auto and leather industries’ and in the services, from food business and retailing.

In addition, non-performing loan portfolio for SMEs reduced in CY2016. Loan infection ratio of SMEs fell from 26.1pc in 2015 to 20.3pc in 2016. Also, in 2016 the SBP eased cash payment condition for immediate declassification of NPLs of SMEs from 50pc to 35pc. This eased out terms of borrowing for SMEs who were eligible for fresh additional borrowings.

Senior bankers are of the view that private sector companies made use of low-interest rates to pay off their old bank debts and regularize their NPLs. “This also was a key factor behind higher corporate lending in the last year,” according to a senior official of Habib Bank. Corporate loan infection ratio came down from 12.3pc in FY15 to 10.6pc in FY16.

Banks’ private sector corporate lending included a large proportion of manufacturing loans indicating an increase in large-scale manufacturing. They grew by 53pc to Rs225bn in CY16 from Rs119bn in CY15.

Consumer finance in 2016 was dominated by auto loans and loans property financing, house building and renovation. Demand for personal loans was also high during last year and the trend is anticipated to continue. The overall consumer lending of banks grew more than 100pc to Rs70bn at end-December 2016 from Rs29bn at end-December 2015.