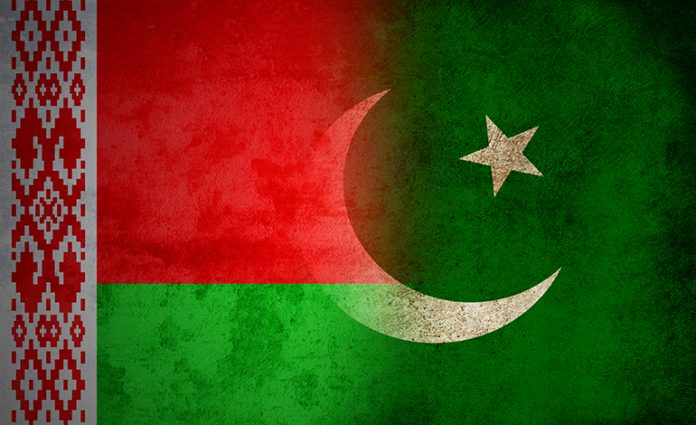 In order to boost the trade volume between Pakistan and Belarus, central banks of both countries have already signed a Memorandum of Understanding (MoU) whereby both counties are looking to open bank branches.

This was stated by the Belarus Ambassador Andrei Ermolovich, while addressing members of the Faisalabad Chamber of Commerce and Industry (FCCI).

While stressing on bilateral cooperation between the two countries,he said that various institutions are working to achieve this objective. He further highlighted the importance of a mutually acceptable banking system stating that the central banks of both the countries are actively engaged in developing the required system.

Talking about the importance of trade fairs and exhibitions, he said that Belarus was organising an agriculture and textile fair and invited Pakistani exporters to participate in the event.

Furthermore, Pakistani exporters were encouraged to establish ware houses in Belarus, whereby they could make exports to the surrounding countries avoiding additional duties and custom charges.

FCCI President Mohammad Saeed Sheikh revealed that the volume of bilateral trade between the two countries was around $63.6 million during 2016.Pakistan made exports worth $13.28 million to Belarus, while imports from Belarus stood at $50.28 million during the same period. Thus, the balance of trade is in favour of Belarus, he added. He further added that with the cooperation of the government, the two countries will strive to achieve the target of $1b trade between the two countries. He asked the ambassador to promote interaction between the FCCI delegation and the business community of Belarus.