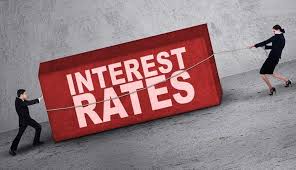 Federal Shariat Court (FSC) has adjourned the hearing of petitions, seeking an end to interest within the financial system of Pakistan till an indefinite time.

A four-member bench, headed by the chief justice of the top Islamic court Riaz Ahmad, resumed the proceedings of the case on Monday.

Amicus curiae Dr Muhammad Anwar Shah gave references from the verses of the Holy Quran regarding the words “interest” and “Riba”.

Chief Justice remarked that the definition of “Riba and Interest” should be determined prior to any decision on the matter.

Anwar Shah informed the court that there was no banking system in that year but the definition of trade and transactions has been changed by now.

He said that the definition of fraud, embezzlement and trade are the same as in the past centuries, adding that earlier, the people used to trade on camels but now they trade by ships or other means.

He said that the definition of interest in present is not “Sood”  but is rather considered as a compensation to the loss incurred.

To which the court adjourned the hearing for an indefinite period of time.