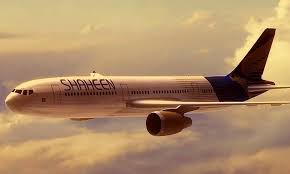 The Pakistan Civil Aviation Authority (PCAA) on Monday gave 45 days to Shaheen Air International (SAI) for the acquisition of a fresh license in accordance with the applicable laws and regulations.

“The responsibility for the fulfillment of all regulatory requirements rests with SAI to ensure the continuity of their business operations,” said Director Coordination and Media Management, Syed Amir Mehmood.

He said the SAI has requested for the Regular Public Transport (RPT) license submitted to PCAA without the proper documentation.

Mehmood said, “PCAA will not permit any flight operation without a valid RPT license and insurance at the risk and cost of flight safety and passenger safety. SAI did not submit its flight schedule request for the aforementioned sector as prescribed under applicable rules and regulations. On the contrary, Shaheen Air International submitted its proposed flight schedule on the Multan – Muscat route days before the commencement of operations.

PCAA strongly refutes SAI’s claim of heavy losses incurred by the airline due to the delay in the issuance of Regular Public Transport (RPT) license by PCAA. The charge made by SAI relating to the senior management of Pakistan CAA is baseless and unfounded.

The National Aviation Policy 2015 and all the associated policies thereof have been issued by the government of Pakistan and not the PCAA. SAI has taken the liberty of blaming CAA management while it has no valid grounds, as other airline operators in Pakistan are continuing to conduct smooth and progressive flight operations. Shaheen Air International has no valid grounds to blame CAA management for its own incompetence as an airline operator.

PCAA has provided a level playing field to all the stakeholders in the aviation industry, which is envisaged on the premise of free and open market based competition. Pakistan CAA’s regulatory intervention is only undertaken when considered mandatory by virtue of prevalent circumstances/indicators.

It is further highlighted that airline operators are not authorized to sell airways bills/tickets to the passengers without obtaining an approval from the concerned regulatory body. This is a practice that has to be condemned as being detrimental to the interests of the traveling public.

SAI has again resorted to the misconduct of non-payment of PCAA’s outstanding dues. Pakistan CAA, at this point in time, has no choice but to exercise its regulatory powers to collect its rightfully owed dues. It is stressed that Pakistan CAA does not believe in discrimination and will treat all defaulters in the same manner.

Nonetheless, Shaheen Air International’s RPT license has always been renewed in accordance with the directives of the government of Pakistan.