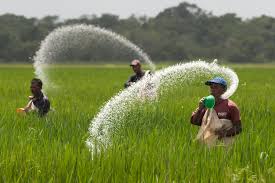 The Punjab government is seeking to abolish sales tax on fertilisers in the upcoming annual budget in order to support the farming industry in the province. Moreover, it has also termed the present sales tax collection mechanism and subsidies susceptible to leakages. As per a statement issued by the provincial government, the most efficient and cost-effective way of reducing costs of production for the farming industry is to reduce sales tax on fertilisers.

On the other hand, the FBR is resisting the approval of the proposal at a time when tax revenue targets are far from being met.Moreover, the FBR is collecting Rs 8 sales tax on the subsidy that had been granted by the federal government on a 50 kg diammonium phosphate bag. In the previous budget, the federal government had approved a subsidy of Rs300 on 50 kg bag of DAP.

As per the provincial government’s documents, the FBR was able to collect about Rs25.5 billion in GST on fertilisers against an estimated target of Rs45.1 billion. This showed that there were huge leakages in the current tax collection mechanism.

In comparison, the cost of subsidies was Rs20 billion, according to the provincial government. It said that the federal government should adopt a mechanism that is more cost-effective for the farming community.

The Punjab government stated that the disbursement of subsidies was difficult to administer both on provincial as well as federal levels.

The provincial government has also demanded clearance of pending fertiliser subsidy claims of the companies, fearing that any delay may have repercussions for import of the commodity leading to a shortage of the product. In June 2016, the federal government had announced subsidy of Rs 300 per 50 kg bag of DAP fertiliser which was priced at Rs2,858 per 50 kg.However, later, the prices came down and DAP was generally sold on either less than or around Rs2,558/50 kg bag.