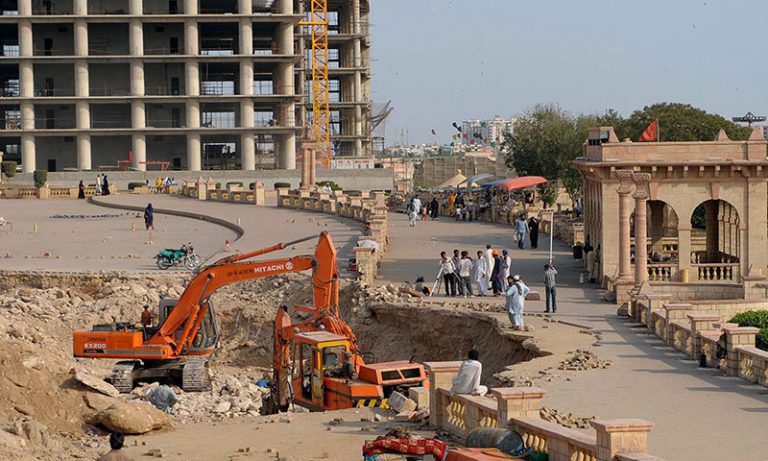 The Association of Builders and Developers of Pakistan (ABAD) has expressed concerned over the reported move of the Federal Bureau of Revenue (FBR) to abolish Fixed Tax Regime (FTR) for builders and developers, saying that this move will discourage construction industry of the country and give rise to corruption, which is not in the interests of businessmen and the country.

He said that members of ABAD have deposited Rs 150 million as 5 per cent advance tax under the FTR during the last four months of the current fiscal year, which reflects a total FTR of Rs 3 billion, while the ABAD had committed to FBR that this sector will pay Rs 2 to 3 billion of the tax.

He said they also told the authorities last year that the construction sector is paying almost Rs 80 million of minimum tax, which will be increased ten times if a corruption free FTR is allowed to builders and developers.

But before this new mechanism could start working, the FBR brought the issue of new property valuation virtually blocking the way of new construction for almost six months and we could get NOCs for new construction from January 2017, he said adding that had the bureaucracy of FBR given us chance to work from the first month of the new fiscal year, we could have reached the target of FTR.

On the other hand, it is the fact that members of ABAD are involved in 25 per cent of all construction activities while other players are responsible for 75 per cent construction throughout the country. He said that members of ABAD are willing to pay taxes and the government should give chance to FTR for at least three years instead of taking any decision on the basis of four months.

The FBR should not press only ABAD members to realise the tax target but also put its own mechanism to get advance tax from other people all over the country who are going to construct a building or a house, he said adding that the government accepted only two suggestions of ABAD for current fiscal year instead of four suggestions of the association.

Hassan Bakshi said that the ABAD had proposed that the government should implement a single property valuation system based on market value across the country instead of present 3-tier system and tax should be only one per cent instead of three per cents, which will not just increase the government revenue many-folds but financial institutes will also be able to finance housing with ease.

Replying to a question, Mohsin Sheikhani said that Income Tax officials have created an atmosphere of fear among the business community by raiding offices of many builders in Karachi during last some months, which is now stopped due to efforts of the ABAD; however, they have not returned records of builders yet.

He appealed to Finance Minister Ishaq Dar, Special Assistant to Prime Minister Haroon Akhtar and FBR Chairman Dr Irshad to continue FTR for at least three years, as this system will be a source of development of the construction industry and a source of thousands of job in the long run.