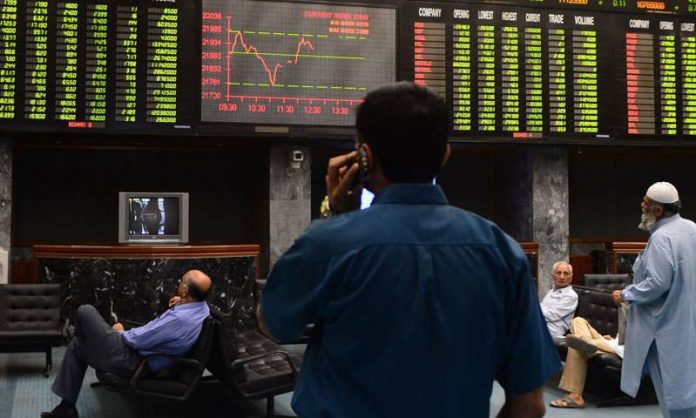 The Pakistan Stock Exchange (PSX) kicked off yet another week in the red zone. Investors remained absent from the market, with no positive trigger to encourage buying.

The ambiguity over the political arena, and the fact that just three sessions were remaining before the long Eid break, forced investors into profit taking. Trend remained unchanged foreign investors, were net buyers of US$ 9.49 million in the last week.

The Securities and Exchange Commission of Pakistan (SECP) has approved nine amendments to the regulations for in-house financing. These allow brokers to continue funding share purchase from their own pockets and that too without seeking margins in cash, but the entire process shall now be documented.

Hi-Tech Lubricants Limited (HTL +1.41pc) after closure of the market notified the exchange that the company’s first retail outlet/ HTL Express Service Center has commenced trail run of its primary services in Lahore.

Byco Petroleum Pakistan Limited (BYCO +5.21pc) flew to its second consecutive upper cap. The script has declined 5.30pc in the past year and 13.82pc in the last 6-months and reported an 88.36pc QoQ growth in the net profits to push earnings up to Rs 0.58 per share.