China offers to include Bhasha Dam project under CPEC

Currently, no mega hydel project is included in CPEC 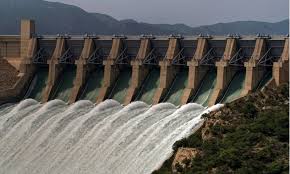 Islamabad: The National Assembly Standing Committee on Planning, Development and Reform was informed on Monday that China had offered Pakistan to bring Diamer-Bhasha dam project under the umbrella of China-Pakistan Economic Corridor (CPEC).

“The project with 4,500MW installed capacity has been pending since long due to the fact that earlier in 2006, the Asian Development Bank committed to funding the project, however, after 10 years, it declined to provide funds, saying the project was located in a disputed territory,” Water and Power Development Authority (Wapda) Chairman Muzammil Hussain told the committee.

He said currently no mega hydel project was included in CPEC, therefore, governments of Pakistan and China were seriously mulling over including the Diamer-Bhasha project in CPEC.

Hussain said PC-1 of the project had already been completed and 85% land acquisition had also been made by the government. However, fund allocation for the project, which needed around $14.49 billion, was a serious issue. The Wapda chairman told the committee that other hydel power projects including Neelum-Jhelum and Tarbela extension would be completed by May 2018, which would provide an additional 2,500MW of electricity.

Work on the 800MW Mohmand Dam and power project will be initiated by March 2018.

“This is a multi-purpose project, which will not only provide electricity and water for irrigation, but will also supply drinking water to Peshawar in addition to mitigating the danger of floods in Nowshera,” he said.

Work on Munda Dam project will also be started by the first quarter of next year and there was no funding problem for either of the two projects.

The committee was apprised that work on the Dasu project would start by next month and it would be completed by 2022. This project will help produce 2,500MW.

Earlier, the planning secretary informed the committee that independent project directors would be appointed for those projects which were approved by the Executive Committee of National Economic Council (Ecnec).

The committee recommended that the ministry may provide a complete list of the project directors to the committee for its assessment.

Faisalabad Electricity Supply Company CEO assured the committee that electrification work in NA-73 under the Sustainable Development Goals and the community development programme would be completed by the end of July 2017.

The committee told the Ministry of Water and Power to submit its fund release policy in the next meeting.

The committee was also informed that the issue pertaining to the construction of a bridge on Indus River to link Kallur Kot with Dera Ismail Khan would be resolved before the next meeting.

Moreover, PC-I of project has been prepared and sent to the Central Development Working Party (CDWP) for approval.