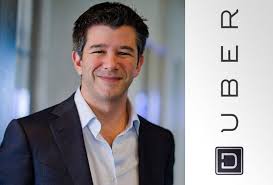 “I love Uber more than anything in the world and at this difficult moment in my personal life I have accepted the investors request to step aside so that Uber can go back to building rather than be distracted with another fight,” Kalanick said in a statement to The New York Times.

On June 13, Kalanick went on indefinite leave amid criticism of his management style and following the death of his mother in a boating accident.

The San Francisco-based company he co-founded in 2009 has been trying reverse damage done to its reputation by revelations of sexual harassment in its offices, allegations of trade secrets theft and an investigation into efforts to mislead government regulators.

The Uber board said in a statement to the Times that Kalanick had “always put Uber first” and that his resignation would give the company “room to fully embrace this new chapter in Uber’s history.”

While building the world’s biggest ride-hailing service, Uber developed a reputation for ruthless tactics that have occasionally outraged government regulators, drivers, riders and its employees.

The company’s hard-charging style has led to legal trouble. The U.S. Justice Department is investigating Uber’s past usage of phony software designed to thwart regulators.

Uber also is fighting allegations that it’s relying on a key piece of technology stolen from Google spin-off Waymo to build self-driving cars.