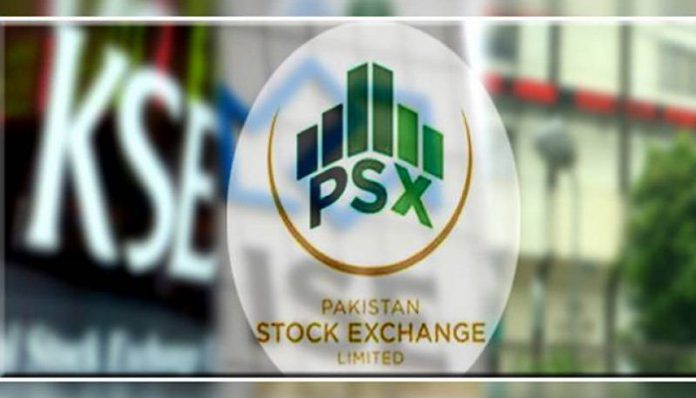 The Pakistan Stock Exchange (PSX) on Wednesday witnessed an awry investor confidence which dwindled as the day progressed. The benchmark KSE-100 index hiked to the day’s highest 46,358 points from a lowest of 45,153 962, before it flattened with a gain of 19 points at market close.

The stock market has recently gone through a rattling experience, with the benchmark KSE-100 Index shedding 1,900 points just two days back. A Major factor in that development was that there had been reports about Supreme Court-appointed JIT’s proceedings not bearing well with the first family.

As the political situation of the country remains uncertain amidst the JIT investigation into the prime minister’s family, Pakistani rupee also fell sharply both in the interbank and kerb market. The dollar climbed to reach a 2.5 year high of Rs 108 from Rs 104.91 on Tuesday.

The PKR has otherwise remained relatively stable since August 2015, and according to a Topline Security report, the currency has devalued annually by 5 per cent in the last decade or so.

Aside from this development, the Pakistani Stock Exchange initially surged by 962 points, or nearly 2 per cent of its capitalisation, before coming down to 300-plus around noon, during intra-day trading, despite that the prime minister’s daughter Maryam Nawaz was under investigation by the JIT.

On Wednesday, trading had started on a negative note with the benchmark index losing 242 points to reach 45,152.63 points. Shortly afterwards, the index rallied back to register gains of 962 points to reach 46,356.78 points.

The devaluation of the rupee helped the oil and gas exploration, power (IPPs) and textile sector shares to surge; their impact also assisted in improving the overall sentiment in the capital market.

Trading activity was led by the banking sector, with 31.5 million shares traded.

A total of 358 companies were traded on the exchange, with 157 advancing, 186 declining and 15 remaining unchanged.

It must be worthy to note that the stock market was expected to perform way better than the way it has after an inclusion in the MSCI’s emerging market index. However, that factor failed to implement itself.

Some analysts have blamed the shorter Ramzan working hours for the roller-coaster ride. Others have blamed the political crisis. However, the latter’s claims seem to be the more weighty as even after Eid the stock market has been consistently up-side’s down.

The situation for the common investor (both local and foreign) has become fairly muddy. The stock market gurus think of the spat as a commonality amongst stock markets recently updated to the MSCI’s emerging market index. However, for the Pakistani economy, the signs are still not portraying a positive omen.