Pakistan and China have signed around $57 billion of energy and infrastructure projects under the China-Pakistan Economic Corridor (CPEC). 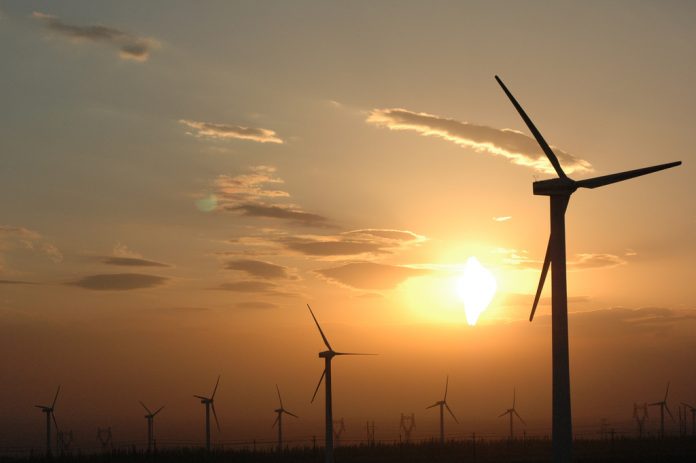 Islamabad: Pakistan is beginning to reap the benefits of Chinese investment in renewable energy infrastructure, with the opening of the first wind power project constructed as part of the huge China-Pakistan Economic Corridor, aimed at overhauling the country’s transport and energy systems.

The nearly 50-megawatt wind farm is located on over 680 acres (275 hectares) of land in Jhimpir, near the shores of the picturesque Keenjhar Lake, around two hours’ drive from the city of Karachi.

Jhimpir is part of the so-called “Gharo-Jhimpir wind corridor” in Sindh province, a 180 km (110 mile) stretch of coastal land that the Pakistan Meteorological Department says has the potential to produce 11,000 MW of electricity through wind power.

The corridor is home to Pakistan’s earliest wind project, which began in 2009 with just a few turbines and was upgraded to an installed capacity of 56 MW by 2012.

The new wind farm, which opened last month, has been developed by Sachal Energy Development, with financing from the Industrial and Commercial Bank of China.

Pakistan and China have signed around $57 billion of energy and infrastructure projects under the China-Pakistan Economic Corridor (CPEC). Most of this investment is going towards coal-fired power plants, fuelled both by imported coal and by coal mines in Pakistan’s Thar Desert.

The CPEC projects aim to boost energy production in Pakistan to reduce shortages that lead to regular power outages.

The country can produce as much as 23,000 MW of power, but experts say that there is a shortfall of as much as 5,000 MW during periods of peak demand – and demand is increasing by the day given the rapidly growing population.

CPEC energy projects are expected to add around 17,000 MW to the national grid in the next few years through what are being called “early harvest” projects to overcome the energy crisis.

Most of these are coal-powered plants, such as the 1,320 MW Sahiwal plant in Punjab, which was inaugurated this month.

But CPEC also includes some renewable energy projects. The Quaid-e-Azam solar park in Bahawalpur, in southern Punjab, is due to generate 1,000 MW, while a further 250 MW will come from the wind corridor in Sindh.

The Gharo-Jhimpir wind corridor, mapped in 2013 by the U.S. National Renewable Energy Laboratory, contains vast stretches of saline land, unsuitable for agriculture and dotted only with a few bushes.

“Thirteen projects are already operational here and others are in the pipeline. By the end of this year, an additional 200 MW of energy will be added to the grid,” Ashfaq said.

In June, the International Finance Corporation (IFC), a member of the World Bank Group, announced that it will provide $66 million, and mobilize a further $172 million, to help build three 50 MW wind power projects in the Gharo-Jhimpir wind corridor.

Triconboston Consulting Corporation, part of a Pakistani textile group that entered the renewable energy market in 2015, will operate the plants, which the IFC says will collectively form Pakistan’s largest wind farm.

“With global pricing coming down, the market for renewables is kicking off. There is a lot of interest from investors,” explained Shabana Khawar, the IFC’s principal country officer in Pakistan.

Khawar said the IFC is the largest private-sector investor in power in Pakistan and is focusing on hydro, wind and solar projects. She estimates that there are more than 2,000 MW of mid- to large-scale wind and hydro projects in the pipeline.

The wind projects include feed-in tariffs, which make them attractive to investors by guaranteeing payments for the electricity produced. In March, the National Electric Power Regulatory Authority (NEPRA) set the benchmark tariff at 6.7 U.S. cents per unit of power produced.

Amjad Awan, chief executive officer of the government’s Alternative Energy Development Board, said that because wind power production depends on the strength of the wind at any time, it is important to create an energy mix, such as of wind and solar power or wind and natural gas.

“We are entertaining hybrid arrangements and will be able to manage intermittence soon,” Awan said. “In Pakistan we have more than sufficient solar and wind potential to transform into energy. And with a 20 percent decrease in prices since 2014 the notion that wind energy is costly is a myth.”

Ashfaq, of the World Wind Energy Association, said that “in some countries solar and wind energy is now cheaper than fossil fuels. We too can leapfrog and move towards decarbonising our energy sector,” he said.

“It took seven years for Pakistan to commission its first big wind project in 2012 after introducing its renewable energy policy back in 2006. Now the market is gaining momentum,” he said.

However, Ashfaq is concerned that the government’s focus remains largely on expansion of fossil fuel power, which is helping drive climate change and worsening extreme weather in Pakistan, including more droughts and floods.

“The government’s focus has shifted to coal power and liquefied natural gas (LNG) based generation. The world is moving towards renewables but (Pakistan is) finding solutions in dirty fossil fuel generation,” he said.