Rs1.960m to be spent on 14 new projects of finance division 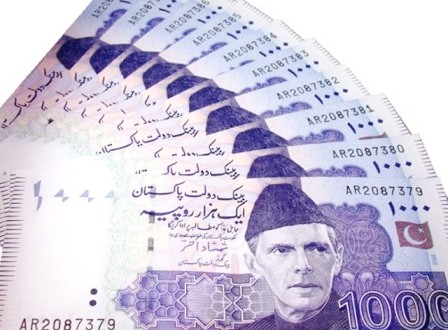 Islamabad: As many as Rs1,960.352 million would be spend on 14 new projects of Finance Division during the current fiscal year (2017-18) under the Public-Sector Development Programme (PSDP).

The expenditure would include Rs415.402 million foreign assistance, according to official data, which added that an amount Rs 500 million would be spent on Gwadar Development Authority package.

According to details, the government would spend Rs200 million on improvement and widening of road from N-50 in Zer Khaki to Sherani while Rs150 million would be spent energization and functionality of construction of Audit House Islamabad.

The scheme for assessing and strengthening the competition region in Pakistan has also been included for PSDP this year on which government would spend Rs173.189 million, Rs277.530 million for Public Sector Enterprises Reforms (PSER) project while Rs100 million would be spend for construction of Federal Audit Complex in G-8 Islamabad.

An amount of Rs100 million would be spent on the construction of road from Dak Noshki to Chagai while Rs100 would be utilized for establishment of Institute of Petroleum technology at Karak.

It is pertinent to mention here that the government has earmarked Rs18,936 million for various ongoing and new projects of the Finance Division, out of which Rs16,975 would be utilized on ongoing schemes and Rs1,960 million on new schemes.

The government has increased PSDP allocations by 26.14 percent in the fiscal year 2017-18 compared to last fiscal year.

The total National PSDP allocations stand at Rs. 2113 billion, which include Rs. 1001 billion as federal PSDP and Rs 1112 billion as provincial one.