Trade volume set to touch $2.5b between Pakistan and Indonesia this year 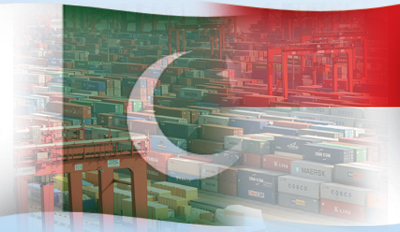 Karachi: Indonesian Consul General Dempo Awang Yuddie speaking in a ceremony held in Karachi to commemorate 72nd anniversary of Republic of Indonesia on Thursday said the trade volume between the two countries will reach to $2.5b hopefully.

Yuddie shared that steps and efforts had been initiated on part of both countries to bolster economic and political ties since 2015.

Pakistan has witnessed a major increase in trade with Indonesia over the source of last six years. The trade volume went up to $2.3b in 2016, registering a 229pc increase from $700m recorded in 2010.

The country exports vegetables/fruits, textiles and clothing to Indonesia while its main import from it is palm oil. The balance of trade is said to be in favour of the latter, but efforts are being undertaken to even this out, said sources.

Indonesia’s imports from Pakistan stood at $650m for fruits and $550m for vegetables. As the country is recouping its market share in Indonesia, exporters have expressed an interest in further bolstering vegetable exports to the country.

Sindh Governor, Mohammad Zubair speaking at the gathering which included people from trade and business community, diplomatic circles said that Pakistan was keen to further cement its ties with Indonesia, especially in the areas of trade and business.

Zubair commented that Indonesia’s economic resurgence was a model that Pakistan should also be seeking to emulate and both countries shared similarities in their demographics.