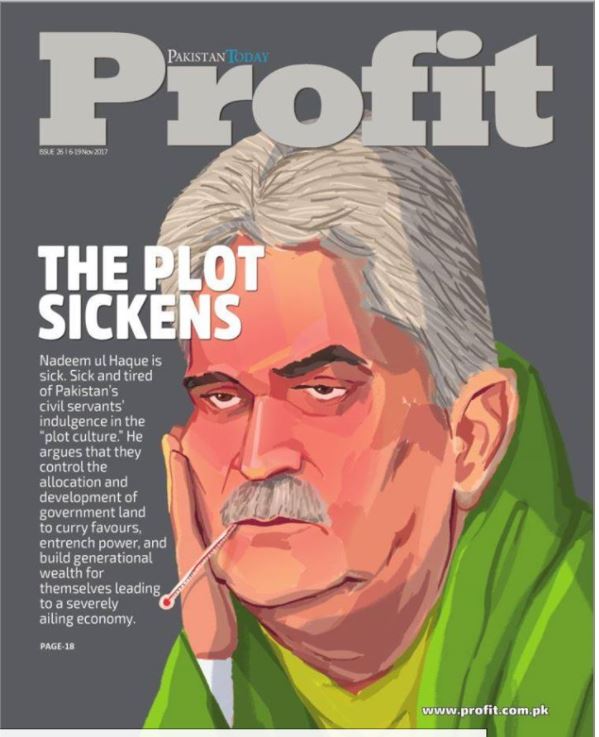 ‘The government should drop the ancient practice of doling out plots as end-of-career economic security to its elite cadre of civil and military bureaucracy and instead pay them corporate level salaries.’ Whether that is quite the silver bullet that Nadeem ul Haque proposes, one doesn’t quite know. For even if the officers in question were to get corporate level salaries, since the pull of land and plots is so well-entrenched in our national psyche (not just the civil servants), their development mantras might still be spatially skewed, only towards the urban spaces that the open market is gravitating towards.

That does segue to a subject closer to my heart: the national fixation with plots of land as a store of value. It seems anyone with some extra money to invest is looking to buy a ‘file’ or a plot as opposed to putting it to some productive use and in turn contribute towards increasing the real GDP of the country. The sheer crowding out effect that this causes could be way more than the one caused by the infamous government borrowing from our banking sector.

How does one incentivise other avenues of investment? Well, that is a tall order. Pakistan just slipped by three spots to 147 in the Ease of Doing Business Index. Unless that improves, which is a project beyond the scope of a series of single fixes here and there, but a holistic whole that requires a rethink of the idea of our Republic, we can’t do much.

In the meantime, we have other relatively lower hanging fruits to divert investments. Consider, for instance, the bourses. Yes, the Pakistani financial capital markets might not be as integrated into the actual economy as they are in the developed world, but they are still injecting a whole lot of equity into the listed companies. It’s not dead capital. And it has been bullish for more than a decade now.

The government could incentivise it by rationalising the capital gains and value taxes on the stock markets. In fact the Prime Minister recently promised to do just that in his maiden meeting with the stock brokers. Also important is to stick to a corresponding correction of the “DC rates” in the real estate sector, even if property dealers cry themselves hoarse.

The fixation with land and plots, much like that other mass delusion, the affinity for gold, needs to be done away with. It is illogical and completely unproductive.