Bank of China kicks off operations in Pakistan 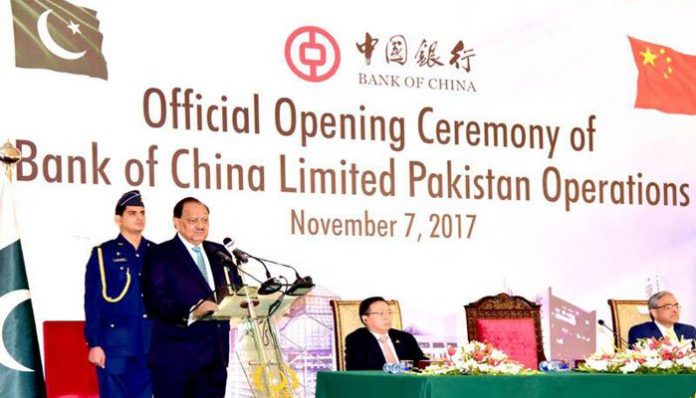 ISLAMABAD: President Mamnoon Hussain has expressed his satisfaction and confidence that Bank of China operations in Pakistan would help accelerate infrastructure development and overall economic growth of the country.

He was speaking at the official opening ceremony of Bank of China Pakistan Operations in Islamabad on Tuesday.

The President said Pakistan is an attractive investment destination because of its ideal location and business-friendly policies of the government.

He assured cooperation with the Bank of China from the government and the State Bank of Pakistan.

Mamnoon Hussain said apart from the conducive atmosphere for investors, Pakistan also offers a wide consumer market. He said with CPEC, Pakistan is poised to become the hub of business and economic activities in the region.

The President expressed the pleasure that China has emerged as a major investor and strategic partner of Pakistan in its zest for economic development and prosperity.