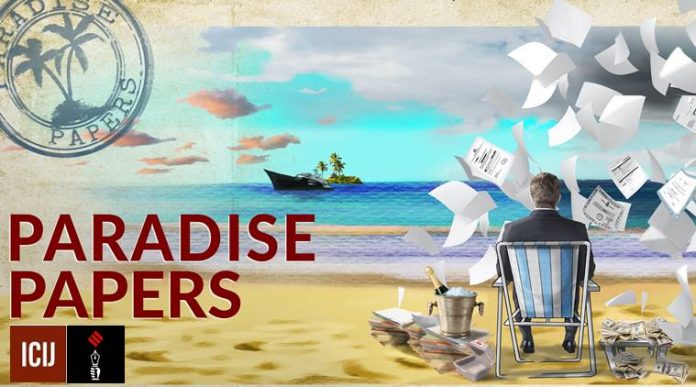 KARACHI: State Bank of Pakistan (SBP) Governor Tariq Bajwa has stated on Tuesday that notices will be served to all those Pakistanis who have been named in the Paradise Papers.

He further apprised that the SBP is currently reviewing the names of Pakistanis mentioned in the leaks, adding that they will investigate the sources of funding for the offshore companies.

As per earlier reports, the Federal Board of Revenue (FBR) was examining the Paradise Papers.

According to a report in Paradise Leaks papers, as many as 135 Pakistani individuals with accounts in a Swiss bank have been identified, which they either created in their own name or through offshore companies. Former prime minister Shaukat Aziz is among those whose names are listed in the new leaks.

Pakistanis, who had been named in the recent financial papers leak, will be issued a notice in the regard, FBR stated on Monday.

An FBR spokesperson had earlier stated that the list of names mentioned in the Paradise Papers is extensive and all those Pakistani nationals listed in the papers will be probed.

WHERE DOES THE LEAK COME FROM?

Most of the data came from a company called Appleby, a Bermuda-based legal services provider at the top end of the offshore industry, helping clients set up in overseas jurisdictions with low or zero tax rates.

Its documents and others mainly from corporate registries in Caribbean jurisdictions were obtained by Süddeutsche Zeitung. It has not revealed the source.

The media partners say the investigation is in the public interest because data leaks from the world of offshore have repeatedly exposed wrongdoing.