Pakistan acquires $2.5b in loans in just 4 months 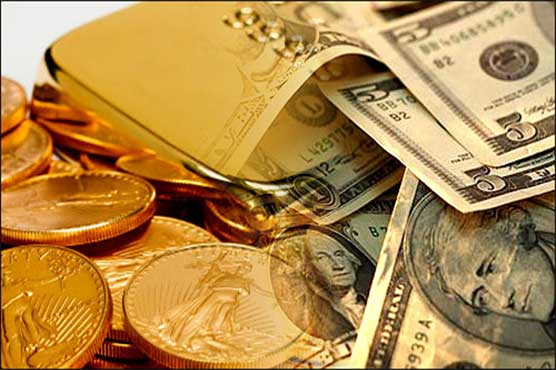 ISLAMABAD: The government continues to conduct external borrowing with another $2.5 billion acquired during the four months (July-October) to support foreign exchange reserves that are already nearing dangerously low levels, reported The Nation.

The major contribution came from funds acquired from commercial banks that were recorded at $1.02 billion during four months (July-October) of the current fiscal year. $253 million was acquired in the form of commercial loans from Citibank and another  $269 million from Credit Suisse-led consortium of banks for budgetary support. Moreover, Pakistan resorted to foreign commercial borrowing of $500 million from the Industrial and Commercial Bank of China (ICBC).

The government had estimated $1 billion borrowing from the commercial banks during the entire ongoing financial year. The government borrowing exceeded the limit within  a few months to support  foreign exchange reserves, which are under immense pressure as a result of widening of current account deficit, which hiked  by 122 percent to $5.013 billion in the first four months (July-October) of the current fiscal year in comparison to $2.259 billion a year ago. The CAD is widening as growth in imports far exceeds the increase in exports.

Meanwhile, the government is already working on raising up to $3 billion by issuing Euro and Sukuk bonds in the international market. Foreign loans by the ruling government during the past four years are estimated to be at $35 billion. The loans had been acquired to maintain its reserves and repayment of debt. About $17 billion of the amount was used to pay old debt during the last four years.

Official documents reveal that the government had budgeted foreign assistance of $8.094 billion for 2017-18 including $7.692 billion loans and $401.78 million grants. The government had obtained 30 percent of the annual loans in first four months of the year 2017-18.

Major lenders for Pakistan include the United Kingdom that provided $81.59 million during the period under review. China assisted Pakistan by providing loans worth $417.2 million. USA provided $22 million in the current fiscal year 2017-18 against the budgeted estimates of $117.56 million. However, no assistance has been received by Pakistan from EU, Italy, Korea, Norway, and UNDP during the first four months of the current fiscal year 2017-18.