Cement prices jacked up to Rs10/bag across country 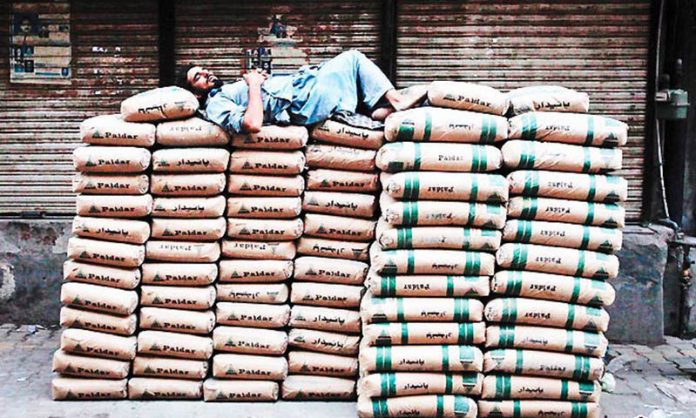 LAHORE: The cement prices that have been climbing up since November 14, have now settled after getting an increase of Rs 10 per bag across the country, industry sources told Pakistan Today.

They said that both north and south regions needed to jack up the price in order to pass on increasing fuel cost whereas bulk project sales would be getting a further rise. The sources believe rising coal prices would stay at higher levels, adding that the price increase appears to be nominal and may not be able to provide much support to already under pressure industry gross margins that have come off by 34 per cent as compared last year.

Moreover, they said that the uprise of a long due case of penalties imposed by Competition Commission of Pakistan (CCP) may also limit cement manufacturers’ ability to pass on any cost increase effectively or in a timely fashion as it may invite scrutiny.

The sources said ‘The price increment is meant to pass on the impact of increasing coal prices’. They added that the price increase in south region was only applicable on project sales made by the local players in Karachi, Hyderabad and vicinity where the bulk prices were hovering around Rs 520-530 per bag due to lack of demand which was only 2-3 projects, reflecting a significant discount to prevailing retail prices in south region from Rs 580-608 per bag. In the northern region, the new retail price ranges between Rs470 to 515 per bag.

They said that rising coal prices pose risk as international markets have been witnessing an upward trend of 18 per cent FYTD, after touching its trough at $ 40 per tonne in February 2016. Major factors driving the coal prices, they said, include China’s imposition of cut in production days to 276-days to reduce supply glut since October 2016, tropical storms in the Atlantic basin and floods in Australia and Indonesia leading to restricted supply given logistic difficulties, more safety checks leading to tightened domestic coal supplies in China, and extra demand stemming from nuclear outages in France.

To add to the already worsened supply situation, they said that recently the National Union of Mineworkers (NUM, representing 70 per cent of employees in coal mining sector in South Africa announced a strike beginning from November 19, 2017, due to unresolved wage disputes which may lead to further pressure on supply.

They are hopeful that remaining two months of the second quarter of fiscal 2018, be rated where a number of key developments were on cards, which may guide the sector’s fate in the medium-term. They, however, expect fiscal 2018 to be patchy with north and south regions showing divergent margin trend.