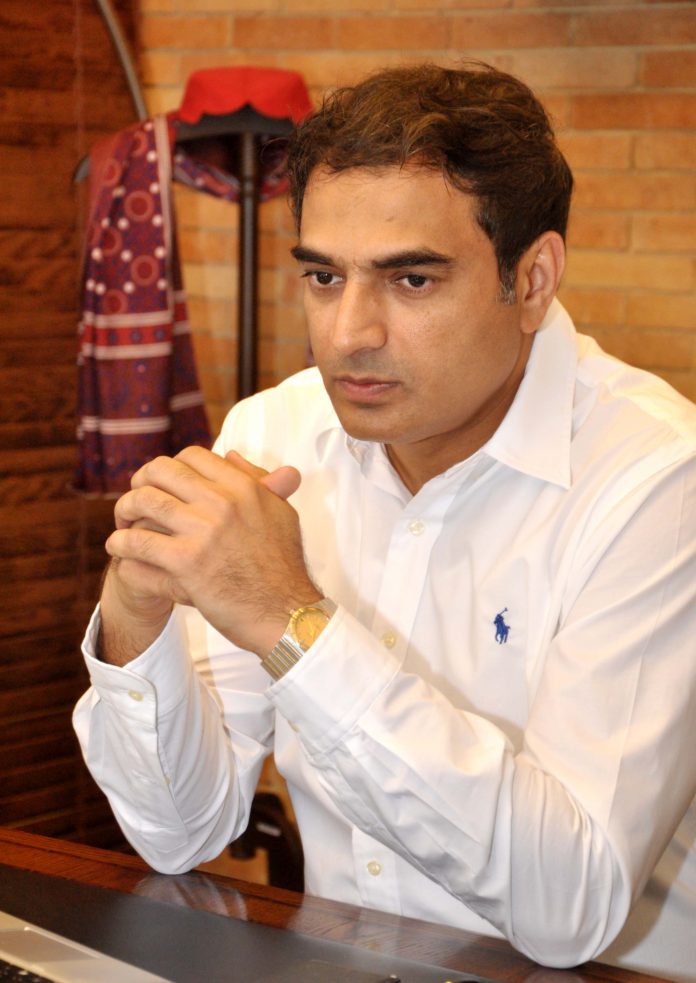 “Construction is a vast sector and in terms of products produce and segments that we operate in, we are the leaders in terms of technology, know-how, R&D as well as the services we provide, we’re the topmost”, so claims Sika Pakistan CEO Ahmed Naveed Chaudhary.

Sika Pakistan is a 100 percent owned subsidiary of the Swiss group Sika AG. Since the Pakistani part is almost an exact replica of the main company, even in terms of its operational ratios in different sectors; so to comprehend how it goes about its business, it will be appropriate to understand how it operates globally.

The company globally and in Pakistan is structured around seven target markets with 80% of its business emanating from the construction industry and the rest  20% divided amongst industrial activities – including automobiles, solar power, electrical appliances, and lamination etc.

Sika Pakistan was established completely by foreign direct investment (FDI), and even the day-to-day operations are funded by the parent company. “We have no local investor in Pakistan or anywhere in the world, as it is 100% SIKA global owned. We’re a cash-rich company, and don’t require input or equity from local investors anywhere.”

The leading brand in its niche in Pakistan, Sika construction chemical company has presence in 99 countries, with over 160 factories.

According to Ahmed, Sika AG is now touching revenue of Swiss Francs 6 million. “I’m not at liberty to disclose the specific figures but we have excellent growth year-on-year, and doubling it every three years. The boom in the construction industry, primarily in the China Pakistan Economic Corridor (CPEC), has afforded everyone additional fillip that we are also benefiting from. But the added benefit is that we are bringing the cutting-edge technology to Pakistan.”

Elaborating on the CPEC and Sika Pakistan’s plans, he said, “It’s a bit early to say how we have played our cards as a nation but for Pakistan it is THE project. It is good for business and industrialization. We work as a private company and we will work with private investors for the CPEC projects as well. We don’t work with the government and we haven’t gone to the government particularly for any CPEC project.”

Their best selling product in the country is admixtures because “Pakistani industry is it a stage where infrastructure projects are growing – including bridges, dams and other large-scale projects that require concrete. Admixture is an essential ingredient of concrete and I can safely say that in Pakistan we are one of the largest suppliers of admixtures. We are mostly getting repeat business, such is the quality and satisfaction that our customers are gaining from that quality.”

The company operates in both B2B and B2C markets, but owing to the higher volumes and sales of B2B market, the company leaves most of its B2C sales to retail. “We have a retail network of 150 shops in 12 cities that we plan to expand.”

Since is operating in specialty markets, and offering several varieties of the same product, Sika Pakistan has also taken upon itself the responsibility to educate individual customers, like homeowners in terms of qualities and properties of products under use.

“In the west, general public understand the attributes of a product since they are accustomed to a DIY culture, and so they choose whatever suits their needs the best. In Pakistan, people leave it to the contractor, who have their knowledge-base but their focus is primarily on making the most. So they choose low quality and low price products which lead homeowners to suffer the same problem over and over again.

“When we started in Pakistan we were working with the B2B, so that was easy. But since we have started selling direct to consumers and the retail market, we have seen that there is a big knowledge gap. Right now we’re also doing applicators’ trainings, so that not only will they be able to understand the product better but shall also to improve their work.”

As far as their involvement in the retail sector goes, Ahmed said, “We don’t have any particular say in how the retailers do their businesses. We only have a standard retail price for the B2C segment, and retailers then have the independence of selling, however, they want to the consumers. This is according to the Pakistani law that you cannot force a retailer to sell a product at a particular price. So, one can only have a suggested price and that we do.”

With the Punjab Board of Investment and Trade facilitating the land purchase with support from Punjab Industrial Estate Development and Management Company, Sika Pakistan has set up its new manufacturing facility in the Sundar Industrial Estate. According to the head of Sika Group, this facility shall create 100 direct jobs and provide business opportunities to approximately 2,000 families through retailer, applicator and distribution networks. This decision came in the wake of Punjab government’s Annual Development Plan that allocated Rs1,656 billion for 2015 to 2018 out of which 40% is to be spent on infrastructure development, including roads, irrigation, energy, and public buildings.

According to the CEO, this factory in Sundar is Pakistan’s first elite technological company certified by United States Green Business Council. “We were able to achieve goal certification for the same. As a whole, it is the first company in Pakistan that has been awarded the LEED certification as a chemical company.” Approximately 60 to 65% of the products for the Pakistani market were being produced locally, and the rest are being imported.

“Our major threshold for growth is coming from the local factory. There are more than 500 products in our portfolio so we cannot produce everything in Pakistan. But the bulk, as well as the major products ,are manufactured here and that is the why we established the factory. That said, a proportion of the production from the Pakistani manufacturing unit is also being exported to its other regional operations. “We are also exporting multiple products. And we are very hopeful that once the conditions in Afghanistan stabilize, it will become a major export market for us.”

He isn’t worried about his competitors either. “Some brands maybe more renowned but on quality or technology it is very difficult to beat us, as well as on the technical aspects. So I don’t consider as of now anyone our competitor in Pakistan.”

To him, recovering money from the Pakistani market remains the biggest challenge. “Selling is easy but people don’t pay or they don’t pay on time. Companies like us believe in the customer’s word. For instance, if someone says, they will pay in 60 days we tend to trust them. But those 60 days never come, particularly in the construction industry. This is one area where the government has to be serious in order to ensure that more foreign companies can come to Pakistan.”

About Sika AG’s research and development functions, Ahmed shared, “We have 20 technological centers where R&D teams work on producing better and improving upon various products. Once finished, they send it to different areas and countries, with instructions on what sort of innovations to aim for according to the market trends.”

Sika is a 100-year-old construction chemical company and has already almost every product for every industry. “The innovation improves upon those products in terms of cost and efficiency. Our factories also have better operational efficiency than any other building in Pakistan. We have mechanisms for water consumption, air quality, electrical efficiency, and other such sustainability factors.”

He insists that the word ‘higher quality’ comes with an impression of higher cost, but many people fail to understand that even if the initial costs appear high, their life cycle proves them to be far lower than their alternatives with lower initial costs but much shorter life cycles. “Construction projects consist of both capital expenditure and life cycle. As a nation, we usually concern ourselves only with the former but if the life cycle is taken into account people will understand that it is always better to choose higher quality products for their homes or commercial buildings.”