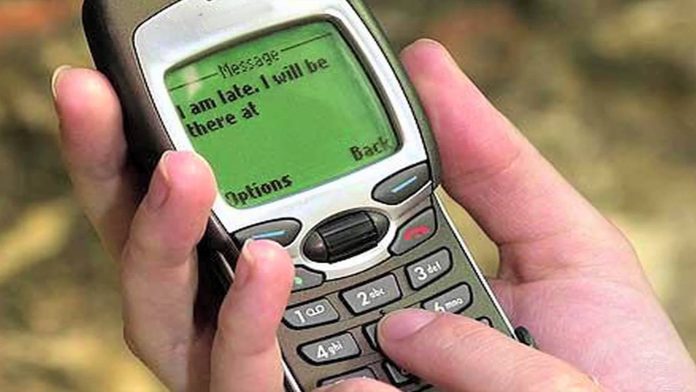 LAHORE: Seems eons ago when the first text message (SMS) was sent by Engineer Neil Papworth SMS on December 3rd, 1992, when he wrote “merry Christmas” on a computer and sent it to the cellphone of Vodafone director Richard Jarvis.

In the technology world, this seems like an eternity, but SMS changed the landscape of how we communicate and revolutionized it to the mainstream. Not only it enabled instant communication, but paved way for platforms like Blackberry Messenger and its predecessors Whatsapp, Viber, WeChat etc to enter mainstream and topple SMS from its exalted position.

As the twenty-fifth anniversary gets celebrated globally, it is interesting to know SMS didn’t see widespread adoption due to limited cellular provider coverage from the heydays of 1992. Ironically typing on clunky dumbphones manufactured by then behemoths Motorola, Sony, Nokia and others wasn’t intuitive but very difficult and took considerable time.

But that all changed in the mid-2000’s by the release of Blackberry (then Research in Motion) phones targeted towards the business elite and enterprises, which prided on its prowess of providing a seamless typing experience for texts and emails.

Also, not to forget, Palm manufactured smartphones called Treo’s in the early 2000’s, providing a keyboard for sending emails/SMS and number of integrated features such as the ability to check the calendar while talking on the phone, dial directly from a list of contacts akin to what Blackberry offered.

Come 2007 and entrance of Apple into the fray of smartphones by its introduction of iPhone, revolutionized and disrupted the industry. It caught behemoths Blackberry and Nokia off guard, and iPhone’s multitouch experience on its 3.5-inch screen coupled by seamless typing experience just rendered the competition obsolete overnight.

Google then also joined the fray by releasing its open-source Android operating system, which was then adopted by leading manufacturers like HTC, Samsung, LG etc and overseen the rise of Chinese domination by likes of Huawei, ZTE, Oppo, Vivo etc. Android juggernaut only added to the massive surge in sending of SMS’s, due to the instantaneous nature on offer.

SMS growth ushered in this era, a CBC report claims volume of messages surged from 12.5 billion per month in 2006 to 45 billion a year later. By June 2017, there were 781 billion messages passing around in the US.

But SMS had its limitations, it was restricted to 160 characters and lacked effective use of emoji’s which saw it being superseded by Whatsapp and its Chinese imitator Wechat which now have over several billion users across the globe. Now these instant messaging apps not only offer messaging features, but have voice and video calling to the mix alongside conference calling offered by Facebook Messenger, another competitor which boasts over a billion users in its arsenal.

The role played by SMS in the ushering of instant communication cannot be underestimated and on its 25th anniversary, there is no doubt that it revolutionized the way we interact.