Kotwal will be acting CEO until a new appointment is confirmed 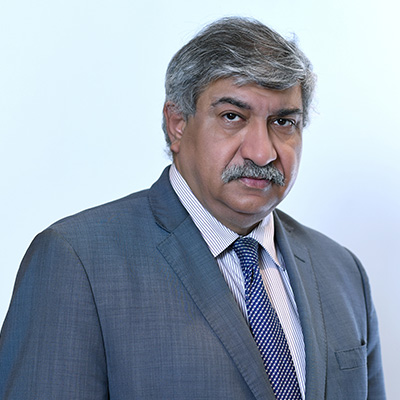 KARACHI: Habib Bank has notified Rayomond Kotwal as acting chief executive in place of current CEO Nauman Dar who is set for retirement on December 31st, said a bourse notification.

Profit exclusively reported in October about Nauman Dar’s retirement on 31st December 2017 from his designation of President and CEO of the bank. The memo had then confirmed the appointment of Syed Salim Raza as a director on the board of the HBL.

Raza is an accomplished banker who has held prestigious positions as a banker in Citibank N.A in Pakistan as well as abroad. As a former governor of the State Bank of Pakistan, Raza will bring with him extensive experience and knowledge of the banking industry as well as regulatory frameworks to the organization.

Moreover, the memo also announced the appointment of Sagheer Mufti as the organisation’s chief operating officer (COO). It is of worth to mention here that this is a new designation that the HBL’s board had established. Mufti will be becoming a part of the HBL team with effect from January 8, 2018.

The appointments in HBL come at a time when recently it had been slapped with an unprecedented $630m fine by New York State Department of Financial Services (DFS), over ‘grave compliance failures’ in non-implementation of anti-money laundering rules at its solitary branch in New York.

HBL then opted for an out of court settlement, which meant a much-reduced fine but expulsion from the United States territory.

Consequently, on September 7, New York Department of Financial Services (DFS) announced that HBL New York branch had been fined $225 million for its failure to comply with laws and regulations designed to combat illicit money transactions.