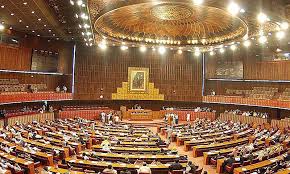 ISLAMABAD: The Senate’s Standing Committee on Finance, Revenue, Economic Affairs and Narcotics Control Tuesday gave two-week time to the Ministry of Power to clear its position on audit objections related to clearance of circular debt of Rs. 480 billion during the financial year 2013.

On the request of some senators and Secretary Power Division, committee chairman Saleem Mandviwalla advised the ministry to sit with the AGP officials to clear the objections raised on its mechanism of paying Rs 32.4 billion for unutilized power capacity to various Independent Power Producers (IPPs) within two weeks.

In case of failure to do so, the committee would refer the case to National Accountability Bureau (NAB) or any other investigating agency for a thorough inquiry, he observed.

Senator Saud Aziz said the case could be closed if the ministry justified payments for unutilized capacity and fuel made to the IPPs and the heat-test, on the basis of which stay was granted by the court.

Earlier, the representatives of Ministry of Power tried to justify clearance of the circular debt, but the committee members rejected their justifications.

The statements given by the ministry officials during the sub-committee meetings contradicted with their stance which they were adopting now, they observed.

Federal Minister for Power Awais Leghari also attended the meeting for some time, however later the ministry was represented by its secretary and senior officials.

AGP representatives were also present on the occasion.