The year in energy

While several commendable efforts have been made to improve the energy situation in the country, it is unfortunate that some projects have faced obstacles during the course of the year as well 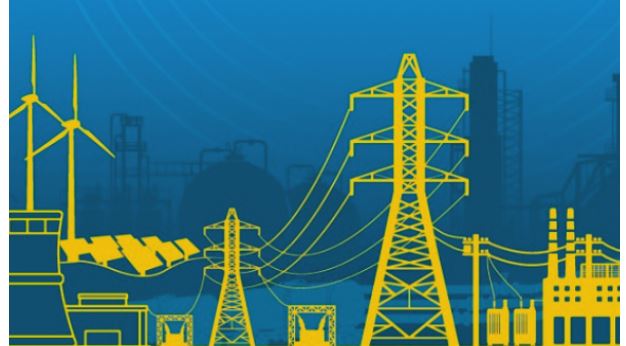 The year 2017 was touted as one of development for the energy sector of Pakistan, with several energy projects progressing and also receiving approval. The country has been bearing the brunt of a multi-pronged power crisis for decades, and these recent developments in the energy department are all attempts towards curbing the crisis faced by the nation. According to Prime Minister Shahid Khaqan Abbasi, 10,000 megawatts have been added to the national grid, with plants to add the same amount to the grid over the course of the coming two years.

Power generation has experienced a 51% reduction from furnace oil and 22% reduction from hydel sources. Coal and re-gasified Liquefied National Gas (RLNG) have increased in terms of their production contribution in Pakistan. This change has been witnessed amid decisions to opt for low cost fuels for energy production in the country.

The Thar Coal Power project has been progressing at a satisfactory pace, and is set to be completed by June 2019, according to Sindh Engro Coal Mining Company (SECMC) Chief Shamsuddin Ahmed Shaikh. The project is known to support a generation capacity of nearly 660 megawatts.

In recent news, the World Bank has recently granted Pakistan a loan of $825 million for upgrades in energy and public finance. It is estimated that nearly $425 million will be channeled to modernize the national grid based on the National Transmission Modernization Project – I (NTMP-I). The project is set to cover the rehabilitation, expansion and upgrade of 500kV and 220kV substations and transmission lines.

Besides this, the government has recently approved power purchasing payments for five energy projects that have the capacity to generate 1,300 megawatts of electricity for the country. The approval was extended under the second Supplemental Agreement to Implementation Agreement of CPEC projects. The approval signifies the government’s commitment to keep the energy generation wheel rolling whereby the Ministry of Finance will fulfill payments for the CPEC projects in case power purchasers fail to pay up. This is supposed to render the CPEC projects risk free from the issue of circular debt that has plagued several projects in the country.

This year also saw a couple of firsts, especially when the recent news of the Sindh government’s intention to launch a tariff-based auction surfaced. This is the first project that is being implemented based on NEPRA’s decision to implement tariff-based auctions for solar photovoltaic (PV) power projects. Under this, the Sindh government intends to develop a 50 megawatt solar project in the province.

During mid-November, the Executive Committee of the National Economic Council (ECNEC) accorded its approval to 15 projects in different sectors, with a total investment of Rs211 billion. Power projects are seemingly receiving more attention within this program as the ruling government has been pushing forward to sort out the energy crisis being faced by the nation. The ECNEC approved four projects in the power sector, including the 220KV Guddu-Sibbi single circuit transmission line at a cost of Rs. 8.366 billion and the 500 KV Lahore North substation and its transmission lines at a cost of Rs. 20.732 billion. Hydro and wind based power projects have also been approved under this program as well.

While several commendable efforts have been made to improve the energy situation in the country, it is unfortunate that some projects have faced obstacles during the course of the year as well. The Asian Development Bank (ADB) had granted funds totaling to $325 million under the Access to Clean Energy Investment Program for projects in Punjab and KPK, setting aside $237.3 million for projects in KPK and the remaining $87.6 million was to be utilized by projects in Punjab. Under the program, 25,587 schools and public health units in the provinces were to be provided with electricity. However, as of today not a single solar facility has been set up in either of the provinces owing to lack of interest of the concerned officials of the provinces.

In other news, as the power plant projects located along the banks of the Neelam River, are now coming to a close. As they approach their completion, there are concerns of how Pakistan’s downstream project might be deprived of water by neighboring rival India who also has a project being completed on the opposite side. This deprivation could result in electricity production to contract by as much as 10-13%. According to Arif Shah, an engineer who has been working on the site for the last eight years, Pakistan might be able to complete the project before India does, as pressures mount up to eradicate nationwide power cuts before the 2018 elections.

This year has overall been one of progress for the nation’s energy sector. Several projects have been approved to boost the power generation capacity of the nation, while others seem to be progressing well in general, minus a few hiccups. The ruling party is pursuing the fulfillment of its commitment to end the energy crisis evident by initiating several projects during the course of this year. And the government appears to be confident about the new projects being completed in ‘record time’.

As the new year is around the corner, what remains to be seen is whether these promises are fulfilled.

K K Shahid
The writer is a member of staff