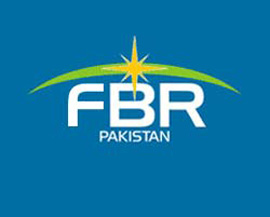 ISLAMABAD: The National Assembly’s Standing Committee on Finance and Revenue, on Tuesday, directed the Federal Board of Revenue (FBR) to take further measures to increase its revenue for socio-economic development of the country.

Qaisar Ahmed Sheikh, while chairing a committee meeting here, said the committee had repeatedly directed the FBR to bring reforms to enhance revenue from property, agriculture, trade and industry

Senior Member of FBR’s Inland Revenue Policy Muhammad Iqbal informed the committee that on the committee’s directives, the board had taken a number of measures to improve the taxation system.

He said close monitoring was being done at three zones of Islamabad, Karachi, and Lahore and so far over 20,000 notices have been issued to non-filer residents of the three cities on the basis of their data of property, vehicles and utility.

Finance Secretary Arif Ahmed Khan said that the government was designing a plan to provide loans to small farmers having maximum 12.5 acres of land at concessionary mark-up rates of 9.9 per cent. Some two million small farmers would benefit from the scheme, he added.The committee chairman, however, observed that even the concessionary rate was high and it should be further reduced.

Earlier, Member National Assembly Asad Umar expressed his dissatisfaction over the non-serious attitude of officials from the concerned ministries, who, he said, attended the committee meeting without any proper preparation.