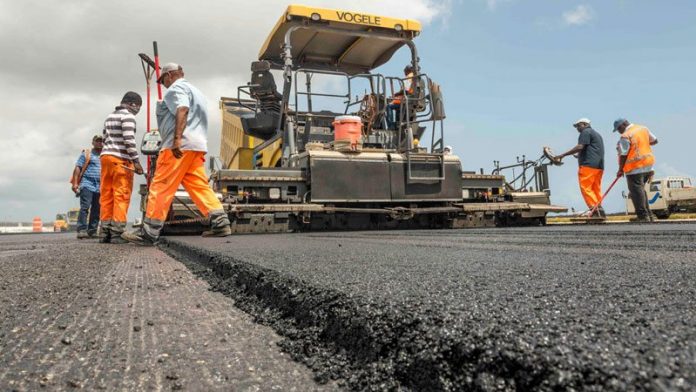 ISLAMABAD: A Chinese delegation is scheduled to visit Pakistan next month to review the progress under China-Pakistan Economic Corridor (CPEC), due to reports regarding delays in the execution of projects.

Rejecting the reports, CPEC Project Director (PD) Hassan Daud Butt, while giving a briefing to media here on Thursday said, that all projects of CPEC including up-gradation of Main Line-1 (ML) railway track are going smoothly and without any delay.

He informed that a Chinese special business delegation is due to visit Pakistan in March 2018 to review progress on CPEC projects. The delegation would interact with government officials and local trade bodies and would visit all the provinces to ensure expedited work on Special Economic Zones (SEZs).

The governments of Pakistan and China are actively engaged for early completion of all nine SEZs. The SEZs will be built in the federal capital, all provinces and special areas of Azad Jammu and Kashmir, Gilgit Baltistan, and Federally Administered Tribal Areas (FATA).

Besides, he said, the Ministry of Planning and Development has also sought time from cabinet committee on CPEC to discuss details of the project in the next meeting and discussion would help to further boost the progress on the project.

In reply to a query related to the much-delayed project of Karachi Circular Railway (KCR), he said the Sindh government and Chinese government are directly and actively engaged on the project to ensure execution of the mega project aimed at reducing traffic mess in Karachi.

Talking about the one of the most important project of CPEC, ML-1 to be completed at the cost of $8.2 billion, Hassan Daud said, due to huge implications in the project, the revised PC-1 of the first phase got delayed, however, the Ministry of Railways has assured to submit the PC-1 of phase-1 by February 20, therefore groundbreaking of the project is likely to be held in a few months.

Giving details about preliminary design review of the project, the director said that work scope of phase-1 sub-projects has already been completed. Similarly, he said work on standards and specifications, BOQs, and cost estimates have also been finalised.

He said the approval of PC-1 and award of Engineering, Procurement and Construction (EPC) would be given on fast track to ensure groundbreaking of the project as early as possible. The phase-1 of the ML-1 project consists of seven priority sub-projects with three contract packages including Lahore-Multan (334 km), Khanewal-Pindora (52 km), Nawabshah-Rohri (183 km), Peshawar-Rawalpindi (159 km) and Taxila-Havelian (55 km) while the establishment of a dry port near Havelian is also part of the project.

Moreover, signalling and control system of railways would be computerised whereas safety of train operations would be ensured by grade separation. After completion of the project, freight traffic will increase from five to 25 million tonnes per annum by 2025, and passenger traffic is likely to be increased from 55 to 80 million passengers per annum, official documents suggested.

Keeping in view the importance of railway sector, the government decided to include the ML-1 project in CPEC and in the 6th Joint Coordination Committee (JCC) meeting held in Beijing in 2016, this project was declared ‘strategic’.

According to him, all the projects that were agreed by both China and Pakistan during 7th JCC on CPEC held here on November 21, 2017, are on track as both sides were committed to completing these projects as early as possible.

As per available documents, the Framework Agreement on ML-1 was signed on May 15, 2017.