Impediments to Pak-Afghan trade to be removed by FBR 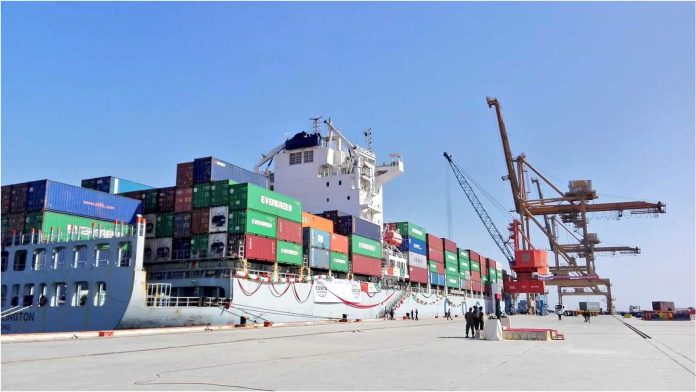 Also, it has been decided to resolve clearance time limit for consignments to be sent to Afghanistan and improve trade relations between the two countries, reported Business Recorder.

According to sources, this decision was taken in last inter-ministerial meeting which discussed ways and recommendations of improving bilateral and transit trade between Pakistan-Afghanistan and remove obstacles highlighted by stakeholders.

During the meeting it was finalized Director General Transit Trade, FBR was directed to rationalize bonded carrier service charges and issue a notification in this regard. Also, directives were issued to resolve clearance time limits as well.

Also, Ministry of Maritime Affairs was issued directives to hasten pending legislative bills and Ministry of Commerce was told to accelerate efforts for activation of Afghan Transit Trade Liaison office at Chaman.

While deliberating on request of Chaman Chamber of Commerce for lifting of regulatory duties on imports from Afghanistan, Secretary Commerce told them to highlight Afghan-specific commodities and prepare a proposal for consideration of Commerce ministry.

The Chaman Chamber of Commerce was also recommended to highlight obstacles in exports to Central Asian countries, so Ministry of Commerce could expedite it.

President Chaman Chamber of Commerce, Jamal Uddin demanded the lifting of regulatory duties on imports from Afghanistan, saying trade with them took place in Pak rupees instead of US dollars. Mr. Jamal Uddin highlighted some herbs and dry fruits were exported from Afghanistan and exported to various countries to earn valuable foreign exchange.

And Daroo Khan from Pakistan-Afghanistan Joint Chamber of Commerce and Industry (PAJCCI) demanded for elimination of negative list of Afghanistan as per previous agreement.