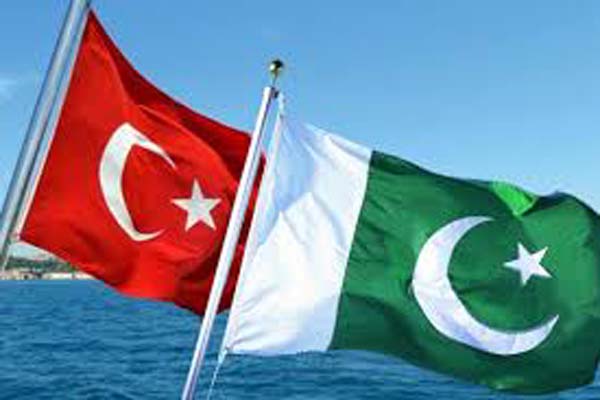 KARACHI: Pakistan’s talks regarding a Free Trade Agreement (FTA) with Turkey are on the brink of crumbling, as the commerce ministry has requested the government’s approval to take a long seething dispute to the World Trade Organization (WTO).

The issue creating loggerheads between the two countries is grant of GSP+ status by Turkey, which Pakistan believes is mandatory considering Turkey and the European Union are part of a customs union, reported Dawn.

Commerce ministry has put forward the reasoning nations granted GSP+ status by EU has been extended the same favours by Turkey except to Armenia and Pakistan.

Pakistan has also demanded Turkey to claw-back the additional duties levied on its products having high export potential in the Turkish market back in 2011.

During the seven rounds of FTA talks conducted since February 2015, Pakistan has frequently raised the issue of additional duties, but no headway has been made in this regard.

These high-valuable export products on which duties were levied by Turkey were apparel and home textiles, carpets, manmade fibres, cotton fabrics, footwear and plastics.

Additional duties levied range from 20 to 50 percent, which brings complete duties on these high-value products between 28 and 67 percent if other duties applicable are factored in.

And the commerce ministry is off the view that its mandatory for Turkey to grant GSP+ status to Pakistan, because it is an EU customs union member.

This request was first put forth before Turkish authorities in 2014 and it was in lieu of this demand that they offered an FTA instead.

During the seventh round of FTA talks held in June 2018, Pakistan requested to either be granted a GSP+ status by Turkey or for both countries to give tariff concessions to each other and consolidate the lowest tariff which both sides may have provided to any other nation under any FTA.

A source from the Pakistani delegation present during the meeting said Turkish had offered a 25 percent decrease in additional duties levied in 2011, with the decreases spready over a five-year period and some duties may be phased out after eleven years.

This offer from Turkey was declined by Pakistan and commerce ministry asked top political leadership to mediate and push them to show more mobility.

The commerce ministry proposed if this govt mediation on part of government failed, counter tariffs should get levied on Turkish products.

But, neither of the two proposals were considered by the government. FTA talks between both sides have been extended twice and were originally slated to finish in 2016, but date was moved to May 2017.