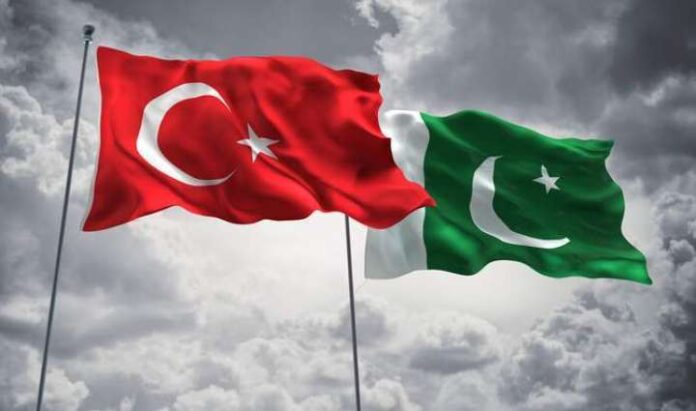 ISLAMABAD: Pakistan and Turkey have formally signed a Strategic Economic Framework (SEF) for the promotion of trade and economic relations and to further the dialogue on Free Trade Agreement (FTA) between the two brotherly countries, Adviser to Prime Minister on Commerce Abdul Razak Dawood announced on Friday.

Addressing the Pakistan-Turkey Business and Investment Forum, he said under the framework, the governments of both countries would strengthen their relations in trade and investment, information technology, defence and several other sectors.

He said the two countries had worked out the said framework during his meeting with Turkish commerce advisor on January 16 and 17 in Davos.

“The framework has now been signed and we will work on the way forward to explore strengths and potential of both countries,” he maintained.

Dawood invited Turkish businessmen to come forward and play an effective role in increasing the volume of bilateral trade between Pakistan and Turkey.

“Turkish companies can explore different sectors, including IT and infrastructure, in this regard.”

He also called for the Turkish business community to cooperate on halal food processing so that the same could be exported from Pakistan in the near future.

The adviser thanked the Federation of Pakistan Chambers of Commerce and Industry (FPCCI) as well as the Turkish businessmen and investors for their efforts in strengthening the business and economic ties between the two countries.

He urged the business community of both sides to form a close liaison in order to realise their true potential.

Speaking on the occasion, Turkish Trade Minister Ruhsar Pekcan said, “We seek to enhance the volume of trade between Pakistan and Turkey to $1 billion.”

She said that both sides have agreed to enhance the cooperation on areas of mutual interests.