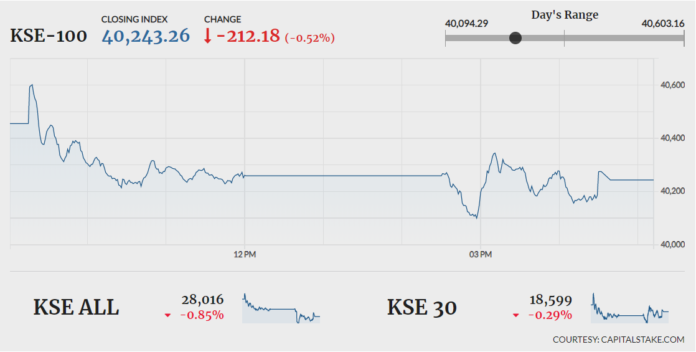 KARACHI: Bears further tightened their grip around the Pakistan Stock Exchange on Friday, as the indices failed to sustain gains accumulated early in the day and closed the session in the red zone.

According to latest data published by the State Bank of Pakistan, the country’s total liquid foreign exchange reserves increased by $90 million to $18,735 million (as on February 7, 2020). The reserves previously stood at $18,645 million (January 31). Net reserves with SBP inched up by 1.28pc while net reserves with banks fell by -1.04pc on a weekly basis.

On the market front, Lotte Chemical Pakistan Limited (LOTCHEM -4.17pc) declared its financial performance for the second quarter of FY20. The company’s revenue increased by 5.47pc to Rs60.54 billion. Its earnings per share increased from Rs2.93 in FY18 to Rs3.66 in FY19.