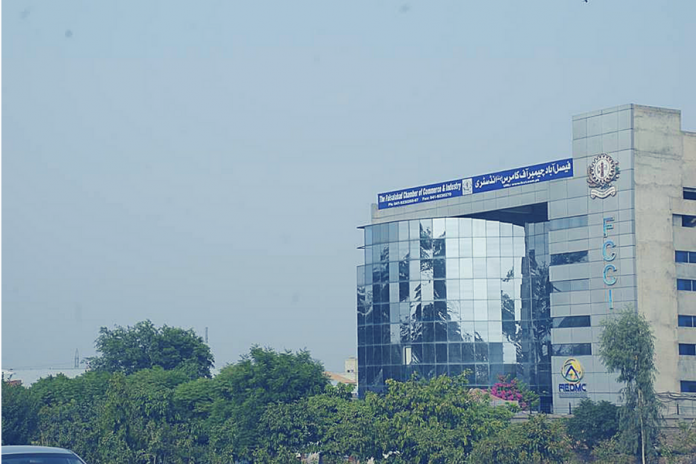 FAISALABAD: Instead of just sticking to the export of raw or semi-finished products, the industrialisation phase of China Pakistan Economic Corridor (CPEC) has opened new avenues of value-addition in the textile garment sector, said Faisalabad Chamber of Commerce and Industry (FCCI) Former Vice President Ahmad Hassan.

He was participating in a panel decision jointly organised by the National Textile University (NTU) and R&D section of FCCI here today in connection with the 3rd All Pakistan DICE Textile Innovation event.

Ahmad Hassan said that the historic investment of $51 billion has laid down a strong foundation for the accelerated development and growth of this region.

He said that CPEC is an opportunity as well as a challenge and we must prepare our selves to harvest the benefits from this project, which is going to be a “reality”.

Ahmad Hassan also explained in detail the geo-strategic location of CPEC and said that roads are important to gear up the socio-economic development of any area.

“The China Pakistan Economic Corridor will not only benefit Pakistan and China but regional countries could also get its due dividends”, he added.

He stressed the need for shared prosperity and said that Pakistan and China should launch maximum joint ventures with their Chinese counterparts during the industrial phase of CPEC to enhance exports from this region.

NTU Rector Dr Tanveer Hussain said that China is making a huge investment of $2.7 billion in the textile garment sector. “The objective of this initiative is to produce 500 million garments per annum by 2020”, and added that it will also provide Pakistan with an opportunity to avail from Chinese benefits and get its due share from the garments sector.

He also stressed the need for enhancing the capacity and competency of our workforce to give a quantum jump to our exportable surplus. He also supported an idea to establish a full-fledged Chinese department in NTU to make a pace with advanced Chinese industries.

Beijing University Professor Wang dispelled the apprehensions of Pakistani industrialists and told that per capita income in China is much higher than Pakistan and hence no Chinese will prefer to work in Pakistan except doing business with it.

He further said that 30 years ago China was also facing a situation similar to Pakistan with rampant energy shortages and high costs of doing business. “At that time, Japanese and Korean investors established their units in China”, and added that they fully benefited from their experiences and later upgraded their industry to compete with the rest of the world.

He said that Pakistan should also prepare itself to face emerging challenges so that it could also make progress in the coming years.