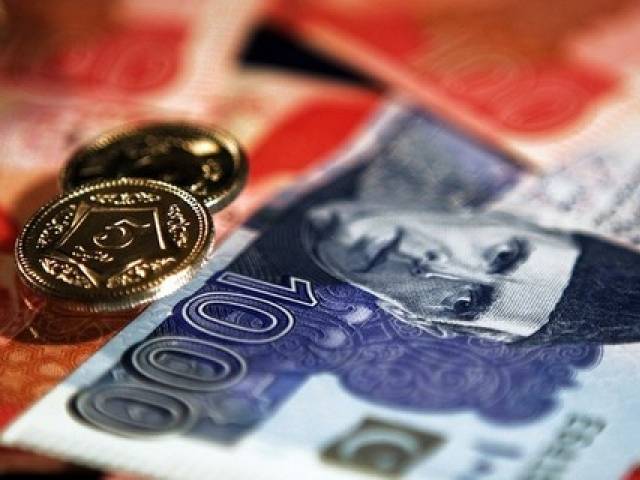 ISLAMABAD: Overseas Investors Chamber of Commerce and Industry (OICCI) have demanded that the government put an end to the Super Tax in upcoming budget 2018-19.

Budget proposals available with Pakistan Today indicate that the OICCI Super Tax should be deleted from Finance Bill. The government had imposed 4 per cent supertax in the Finance Act 2015-16 for the period of one year but was later extended for another year.

The OICCI further asked that the effective corporate income tax rate should be 25 per cent from the fiscal year 2018-19, considering the average tax rate of less than 22 per cent throughout Asia.

The overseas investors demanded that the amendments made in Finance Act 2017 in respect of tax on undistributed profits should be revoked and tax on bonus shares be repealed.

In addition to this, Review of Minimum Tax (MTR) Regime and Abolishment of Alternative Corporate Tax should be abolished for instance, the general rate of MTR should be reduced to a maximum of 0.5 per cent, and 0.2 per cent for oil marketing, refineries, LNG terminal operators and large chemical companies with high turnover and low margins as well as alternate corporate tax under section 113C should be abolished in lieu of minimum tax.

It was also recommended that regulatory duty levied through SRO 1035(I)/2017 during the year be withdrawn on imports of raw materials which are not being produced locally.

The number of rates currently applicable on goods and services for withholding tax purposes, numbering 55, is very complex and cumbersome, which needs to be rationalised, including facilitating the withholding agent through a robust IRIS wherein the visibility of tax deduction certificate should be given to the taxpayer, the proposals indicate.

The OICCI recommended, the incentive for investment be made attractive for instance tax credit u/s 65B be enhanced from existing rate of 10 per cent to 15 per cent of the investment and the date for benefit be extended from existing 2019 to 2022 and factory building associated with the plant and machinery purchased for extension, expansion, balancing, modernisation and replacement purposes, should also be included.

In addition industrial undertakings be allowed to import raw material in the first year of production, without payment of advance tax u/s 148 and for subsequent years, be allowed exemption against advance tax u/s 148 on import of raw material, as per actual requirement, instead of 125 per cent quantity of previous year. Tax credit for employment generation u/s 64B, currently restricted to manufacturers, should also be extended to the service sector which contributes about half of the GDP of the country.

In respect of group taxation the law which existed prior to the Finance Act 2016-17 may be restored and coordination between federal and provincial legislation should be streamlined, including synchronisation and harmonisation of sales tax rates and policies across all jurisdiction and sectors and should be closely aligned with the regional benchmark of 12 per cent sales tax rate.

The Federal WWF and WPPF law should be updated based on the recent provincial enactments and current minimum wage levels, the OICCI asked that pending tax refund be cleared within next six months in an orderly and prearranged manner. All subsequent tax refunds are cleared within 45 days. Furthermore, inter adjustment of income tax and sales tax refunds be made part of the law.

Lastly, the OICCI demanded that the federal Tax Ombudsman should be entrusted to settle all the disputed claims of taxpayers. OICCI said that the proposals aim to boost FDI and rapid economic growth by making tax compliance easy.