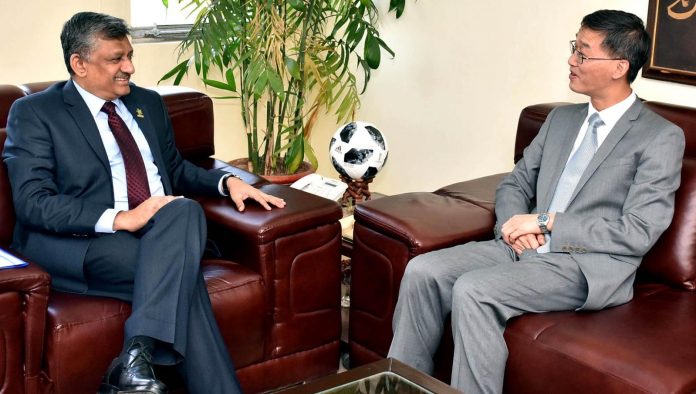 He thanked the Chinese government for accommodating the concerns of Pakistan’s local industry and agreeing to provide a competitive edge to Pakistani exporters in the Chinese market. While expressing satisfaction over the progress of the negotiations, Secretary Commerce hoped that both sides can meet at an early date for the 10th round to finalise the remaining issues so that a formal announcement can be made during the visit of Prime Minister of Pakistan to China in April 2018.
Ambassador Jing reaffirmed China’s commitment to resolving any apprehensions of Pakistan’s local industry and agreed on the need to finalise the negotiations before the visit of the Prime Minister. For this, he agreed to coordinate early dates for the next round with China’s Ministry of Commerce.
- Advertisement -
Facebook
Twitter
Linkedin
WhatsApp
Email
Previous articleBrasil envoy for more trade with Pakistan
Next articleInclusive policies for home-based workers, gender equality stressed