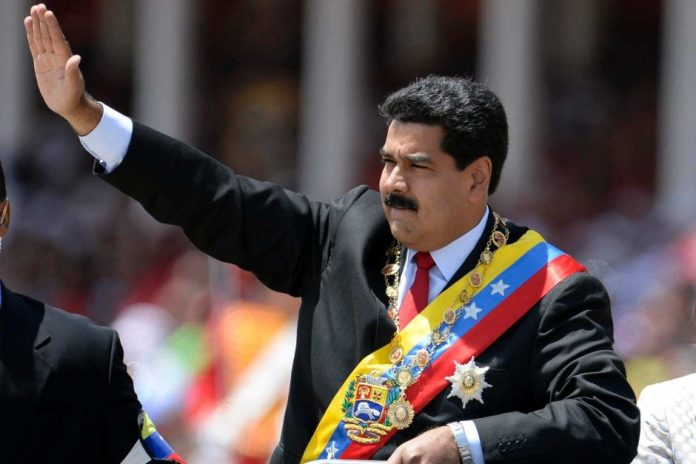 CARACAS: Venezuela’s President Nicolas Maduro ordered a re-denomination of the ailing bolivar currency on Thursday, by knocking three zeroes off amid hyperinflation and a crippling economic crisis.

The measure to divide the so-called bolivar fuerte – or “strong bolivar” – currency by 1,000 would take effect from June 4, the socialist leader said. It would not have any impact on the bolivar’s value.

The move illustrates the collapse of the bolivar, which has fallen 99.99 percent against the U.S. dollar on the black market since Maduro came to power in April 2013. A $100 purchase of bolivars then would now be worth just a single U.S. cent.

But Maduro, 55, presented the move as a positive development intended to protect Venezuela against currency speculators and a U.S.-led “economic war” against the OPEC member.

Critics said the currency measure was no panacea for Venezuela’s economic mess and just a psychological ploy to make Venezuelans forget the extent of the hyperinflation.

While the move sounds like a currency revaluation, economists consider it a currency re-denomination as the country is not changing the value of its official exchange rate.

Venezuelans will not need to turn in the currency now in their wallets but all new currency printed or minted will be in the new denominations.

Millions of Venezuelans are suffering from shortages of food and medicines during the fifth year of a recession that critics blame on government incompetence and corruption, but Maduro says is due to Western hostility against him plus the fall of oil prices.

“Venezuela has been a victim of a brutal, economic war,” said Maduro, whose government has been targeted by the United States, European Union and Canada for sanctions over allegations of abusing democracy and rights.

Maduro made the announcement during an event shown live on TV, flanked by aides and bankers, to discuss Venezuela’s new petro cryptocurrency.

Venezuela’s government similarly re-denominated its currency by knocking off three zeroes a decade ago.

Prices in Venezuela rose 6,147 percent in the 12 months through February, according to estimates by the country’s opposition-led National Assembly, broadly in line with independent economists’ figures.

Maduro is running for re-election on May 20 in a vote critics say is rigged to extend the socialists’ rule.

The opposition coalition is boycotting the vote, though one leader Henri Falcon has broken ranks to run against Maduro. He is promising to dollarize Venezuela’s economy as a way to beat hyperinflation and regain investor confidence.

“Amid the biggest economic collapse in the history of Latin America, the government of Nicolas Maduro attempts to hide hyperinflation by knocking zeros off the currency,” said Francisco Rodriguez, a Venezuelan economist and Wall Street analyst working as Falcon’s chief economic adviser.