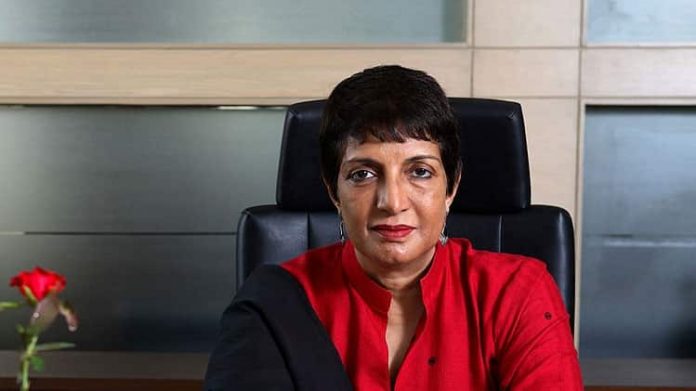 LAHORE: Sima Kamil, the first woman CEO of a big Pakistani bank has defied the odds of a male-dominated banking sector to reach the top by her dedication and ambitiousness.

Brought up in Karachi and educated in one of the most prestigious educational institutions Karachi Grammar School, Ms. Kamil then went to London and attained an MBA degree from City University, reported Bloomberg.

Although she got admission to study development economics at Oxford University, her family was unable to afford which caused her to come back to Pakistan.

After being back in Karachi, Ms Kamil started working for American Express Co. and after working there for three years landed up a job at ANZ Grindlays Bank and then moved later to Lahore.

Ms. Kamil moving to Lahore perturbed her parents considering it is a rarity for women in Pakistan to be living alone.

But she trudged along, and her hard work paid dividends while working at ANZ Grindlays was able to rise through the ranks to end up being posted in Melbourne during the mid-1990’s.

After spending two years in Australia, she came back to Pakistan to take over as head of credit and then became the corporate regional executive at ANZ Grindlays before the bank was acquired by Standard Chartered Plc in 2000.

But her career-defining moment came in 2001 while working at Habib Bank, the country’s largest bank where she met her mentor Rafiuddin Zakir Mahmood, who remained CEO till 2012.

She went onto run a regional corporate banking unit within HBL and got a promotion to head the division in 2004.

To test the waters, Mr. Mahmood checked to see if she was able to connect with the workforce and had her talk with the staff members in Urdu and Punjabi.

After successfully passing these tests, Mr. Mahmood appointed her as the head of HBL’s branch network in 2011.

As head of HBL’s branch network, Ms. Kamil shined as she successfully managed thousands of employees, which was unheard of for a woman.

She said in an interview to Bloomberg, that everyone was left stunned by her success since no one expected her to be able to do it.

In 2017, jumping ship from HBL, Ms. Kamil joined United Bank Limited as the CEO to become the first woman in the banking sector industry to hold this portfolio.

Her ex-colleagues who preferred to remain anonymous said Ms. Kamil was never authoritarian and got the respect due to her focus and drive.

Ms. Kamil said she is clear about what she expects from her employees and conducts conferences with those who fall behind and rewards the outperformers.

At UBL, she intends to raise the women workforce from the current 16 percent to 25 percent. She is also focusing on doubling current account deposits to Rs920 billion ($7.9 billion) in five years’ time.

She added her work at UBL has just begun but she firmly believes merit would make her a better role model.

“That will take a bit of time, respect is not earned in a year — if I give results then that will be far more powerful for women than just saying she got there,” Kamil says before she walks out to her next meeting — where she will be the only woman, reported Bloomberg.