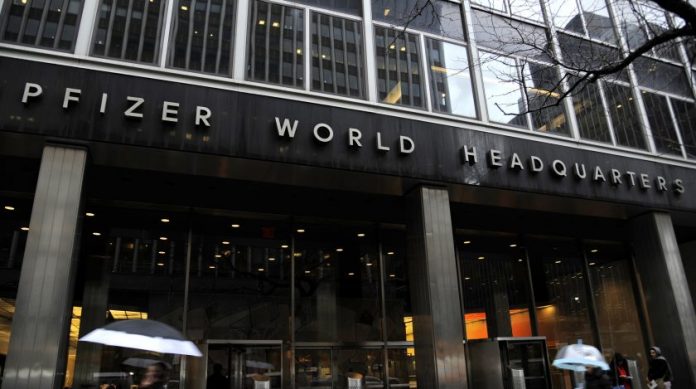 Even with the Merck deal, CFRA Research Healthcare Equity Analyst Jeffrey Loo said in an interview on Thursday, April 19, that he “wouldn’t close the door” on the possibility of Procter & Gamble buying the Pfizer unit, whose brands include Advil, ChapStick, Centrum and Preparation H.

That’s because the consumer health businesses of Pfizer and Merck each focus on different markets, Loo said. A lot of the Pfizer unit’s business is in the US while the Merck division mainly focuses on Europe, Latin America and Asia, he pointed out.

Procter & Gamble on April 19 unveiled a deal to buy the Merck division, which includes brands such as Seven Seas and Neurobion vitamins, for €3.4 billion ($4.2 billion).

The Pfizer unit might be of interest to Bayer AG given its sizable consumer healthcare business, Loo said.

However, Loo said he sees a “very outside chance” that Bayer would acquire the Pfizer division, noting that Bayer’s own consumer health business is struggling and that Bayer is in the midst of its $62.5 billion acquisition of agriculture company Monsanto.

Bayer’s consumer healthcare unit posted revenue of €5.86 billion in 2017, down 1.7 per cent from 2016. Bayer management board chairman Werner Baumann attributed the decline to “persistently weak business development in the United States,” according to Bayer’s February 28 earnings announcement.

A company such as Procter & Gamble, Unilever, CVS Health or Walgreens Boots Alliance might be interested in the Pfizer business, said Anthony Chambers, a director in the life sciences practice of consulting firm West Monroe Partners.

New York-based Pfizer said in October it was reviewing strategic alternatives for its consumer healthcare unit and expected to make a decision in 2018. Options include selling the unit, spinning it off and retaining it.

In January, an international news agency reported that Johnson & Johnson dropped out of the running for the business. On March 22, Reckitt Benckiser Group said it had terminated talks for parts of the Pfizer division. A day later, GlaxoSmithKline (GSK) said it had withdrawn from the process for the business. Then on March 27, GSK said it was buying Novartis AG’s 36.5 per cent stake in their consumer healthcare joint venture for $13 billion.

Pfizer “may be hedging a little,” Chambers said. “They may be a little reluctant to sell [the consumer healthcare unit] until such time that they see the digital health app marketplace expand.”