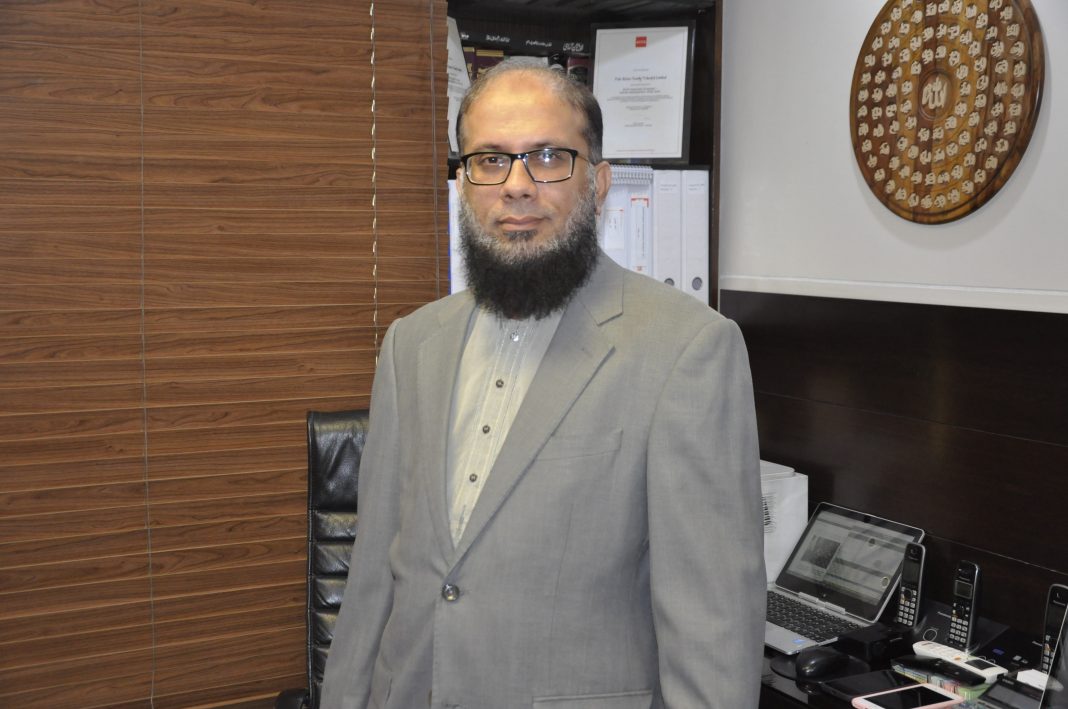 The Pak-Qatar Group has remained focused on takaful, or Islamic insurance, since it began operations in 2007. Unlike the usual seven-year gestation period for insurance companies, Pak-Qatar Family Takaful achieved breakeven in five years. And it turned a profit in 2013, got rid of accumulated losses by 2015 and has maintained a positive book value since 2016.

“Getting into asset management makes sense because we have sufficient funds available. It’ll create synergy and lead to vertical integration,” he said. Asset management companies take money from individuals and institutions to invest in listed shares, corporate bonds and government papers through mutual funds and voluntary pension schemes.

Getting into real estate

As for investing in the property business, Saleem said the group is keen to set up a real estate investment trust (REIT), an specialised entity that develops a property by raising funds through retail and institutional investors. In return, investors receive dividend-based income and benefit from any price appreciation in publicly traded REIT units. 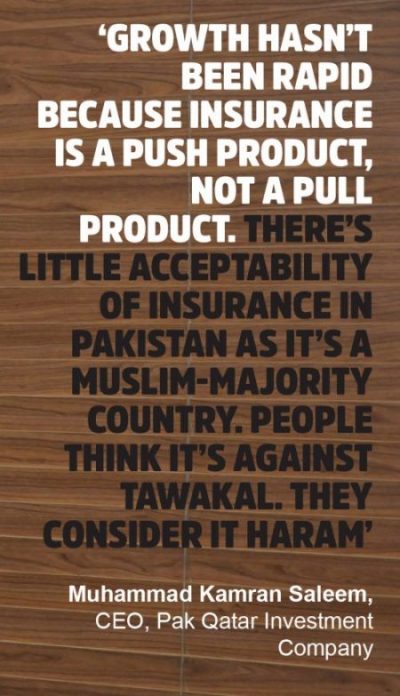 The penetration of insurance in Pakistan is less than 1% of GDP as opposed to the regional average of up to 4%. Apart from two dedicated takaful companies, four conventional insurers currently operate ‘takaful windows’ i.e. sell Islamic and conventional insurance products simultaneously.

Gross premiums of the overall takaful sector constitute less than 7% of total premiums collected by the insurance industry.

“Growth hasn’t been rapid because insurance is a push product, not a pull product. There’s little acceptability of insurance in Pakistan as it’s a Muslim-majority country. People think it’s against tawakal. They consider it haram,” Saleem said.

Gross premiums collected by conventional life insurers grew at an annualised rate of 44.8 percent between 2012 and 2017. In contrast, contributions received by Pak-Qatar Family Takaful increased at an annual average of 19.9 percent over the same period.

Contributions received by the company amounted to Rs8.2 billion in 2017 while those by Dawood Family Takaful, the only other dedicated Islamic insurer, equalled Rs1.3 billion.

Islamic insurers went to court against the Securities and Exchange Commission of Pakistan (SECP) after it allowed conventional companies to launch Islamic windows in 2012. The Shariah-compliant players held that allowing conventional insurance firms to sell takaful without having to incorporate a separate company was against the spirit of Islamic insurance.

After an out-of-court settlement, conventional insurance companies started setting up Islamic windows in 2014.

This is the reason Saleem believes that the Shariah-compliant insurers are at a disadvantage in Pakistan. “If you look at it in purely commercial terms, I’d say there’s is no level playing field. My competitors can operate in both segments, but I can’t. I can’t get a licence to do conventional business, but my counterparts can receive a licence to do takaful,” he said, adding that the regulations governing the insurance sector must be ‘equitable’.

Another reason that Islamic insurance has not grown by leaps and bounds – despite the perception of its conventional counterpart being un-Islamic – is that Shariah scholars hold a divided opinion about takaful. There’s little unanimity among religious experts on it being 100 percent Shariah-compliant.

Saleem said the company plans to hold an initial public offering (IPO), which means it will become the first Islamic insurer in Pakistan to have its shares listed on the stock exchange. “We plan to go public,” he said while refusing to divulge the time or size of the listing.

However, he noted that the IPO will likely be a small one. “The IPO of an insurance company isn’t extraordinarily large because it doesn’t need that much money from the public,” he said, noting that the life insurance business self-sustains once it turns profitable.

Saleem’s statement is borne out by the fact that the company has increased its paid-up capital for the last two years. The purpose of the capital injection by the Qatari sponsors was to enhance the company’s solvency ratios: having assets in excess of liabilities improves a firm’s ability to meet its obligations and ensures a better assessment by credit rating agencies.

The objective of the planned listing, according to Saleem, is price discovery. The IPO will help the sponsors determine exactly how much their company is worth. Moreover, the IPO and the subsequent share trading will create a buzz in the market and help grow the brand, he said.

He ruled out the possibility that the sponsors were looking to exit the Pakistani market after holding the IPO. “One big loss can hurt the earnings of a general insurer for years. But a life insurer keeps earning once it goes in profit,” he said, adding that it’s time for the sponsors to sit back and enjoy the returns.