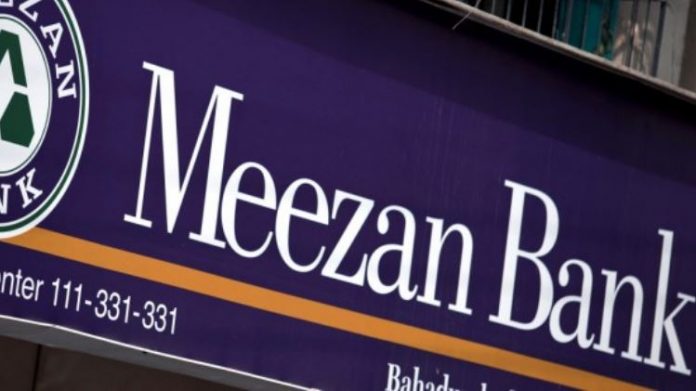 LAHORE: Noor Financial has divested 0.28 percent of its stake in Meezan Bank Limited to foreign institutional buyers at a purchase price of Rs70 per share.

In a notification sent to the stock exchange on Tuesday by Meezan Bank said: “Noor Financial Investment Company (“Noor”) has successfully consummated the divestment/sale of 3,026,400 ordinary shares in Meezan, constituting a total of 0.28% of the total issued and paid-up capital of Meezan pursuant to which the Sale Shares have been acquired by various foreign institutional investors at a purchase price of PKR 70/- per share.”

This follows Meezan Bank’s announcement this past Friday when it announced Noor Financial Investment Company had successfully divested 2.49 percent of its stake in the bank to foreign institutional buyers.

The notification from Meezan Bank then said, “Noor Financial Investment Company has successfully consummated the divestment/sale of 26,447,000 ordinary shares in Meezan, constituting a total of 2.49% of the total issued and paid-up capital of Meezan pursuant to which the sale shares have been acquired by various foreign institutional investors at a purchase price of Rs70 per share.”

Previously, Reuters reported “six institutional investors from the United States and Europe are in talks with Kuwait’s Noor Financial Investment to buy a combined 9.59 percent stake in Pakistan’s top Islamic lender Meezan Bank from the Gulf company, sources familiar with the matter said.

It was reported that none of the interested parties would acquire more than 5 percent of Noor Financials’ stake in Meezan Bank to ease the approval from the State Bank of Pakistan.

The part sale of 2.49 percent on Friday and 0.28 percent stake in Meezan Bank seems to be a strategical move from Noor Financial to avoid any problems with the banking sector regulator, State Bank of Pakistan.

Earlier in May, Noor Financial Investment Company (Noor) had sought State Bank of Pakistan’s (SBP) approval for divestment of 9.59 percent of its 49.1 percent stake in Meezan Bank Limited.

Noor Financial owns 49.1 percent of Meezan Bank, according to the bank’s last annual report. The stake is worth about $330 million based on Meezan’s market capitalization.

This follows on the heels of news last week Meezan Bank was planning to raise up to Rs7 billion by issuing Tier 1 Islamic bond or Sukuk in the coming few months, banking industry sources revealed.

“The issue will be first Shariah-compliant Tier 1 Sukuk in Pakistan, while the aim for selling a Sukuk from the bank is to shore up its capital adequacy ratio.”

“The bond will be issued by the way of book-building, possibly in June or July. The deadline for receiving an expression of interest from the investors is May 30, 2018,” the source disclosed.