US imports push Japan into trade deficit in May 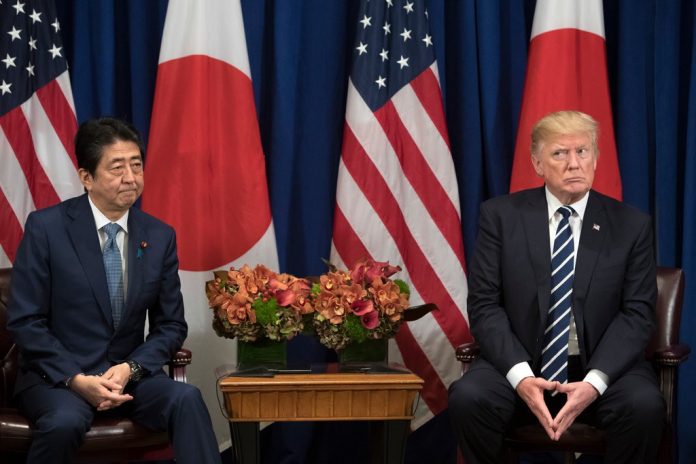 TOKYO–Imports of US aircraft helped push Japan to a trade deficit in May, official data showed on Monday, but experts said it was a temporary effect not linked to ongoing trade tensions.

Japan’s imports rose 14.0 per cent in May from a year earlier, according to finance ministry data.

Exports also enjoyed an 8.0 percent rise but the overall effect was a net deficit of 578.3 billion yen ($5 billion). The deficit was nearly three times the size of the figure last year and came after two consecutive months of surplus.

“The deficit came from a surge in imports from the United States,” said Takeshi Minami, chief economist at the Norinchukin Research Institute, noting a quadrupling of Japan’s purchases of US aircraft.

“It’s a temporary rise and is not linked to trade policies,” he said, ruling out the possibility that Japan was boosting purchases of US products as Washington adopts an increasingly protectionist trade policy.

“Exports will keep growing for a while but we should be cautious against protectionist moves, a possible slowdown in the robust US economy, and how emerging markets are faring in light of hikes in US interest rates,” Minami told AFP.

Worries about a trade war are growing as Washington and Beijing exchange tit-for-tat tariff announcements.

Marking a departure from a decades-long, US-led drive for open and free trade, President Donald Trump has claimed that massive flows of imports to the United States threaten national security.

Liquefied natural gas (LNG) suppliers have refused to provide Pakistan with gas in the month of February. According to local media reports that surfaced on...
Read more
World Business News

The Khyber Pakhtunkhwa (KP) government has planned to establish at least 10 economic zones across the province in the next decade under the Industrial...
Read more
World Business News

WASHINGTON: In another action against China days before he leaves office, US President Donald Trump on Friday directed government departments to look at ways...
Read more
- Advertisment -