Note: An earlier version of this article did not attract the attention we feel Pakistan deserves, hence the sensationalist headline this time around. Our apologies in advance- Editor

Elections have consequences, and perhaps none more so than those in a republic that is still seeking to build up its participatory institutions. At Profit, for this issue, we examine nothing but the possible consequences of the choices Pakistani voters will be making next month.

Given the paucity of intellectual debate and policy discourse in general in Pakistan, we have had to rely on a tool borrowed from fiction: the imagined leaked conversation between two characters who are themselves composites of several individuals, and even large groups of people. These two characters, whom we have named Insaafian and Nooni, each representing the PTI and PML-N respectively, engage in a WhatsApp conversation (because what else would it be in modern Pakistan) about areas that they agree upon and areas where they disagree.

And because it is a fiction, we had the luxury of making them respect each other. (Literary licence has its benefits.)

While the words are not direct quotes, however, the policy stances are anything but fiction. They are based on public statements of key party leaders, interviews with policymakers, and publicly available documents that each of the parties has put forward to represent their agenda. We focus on individual subject areas that we believe are most directly relevant to the economic future of the country. They are by no means the only ones, but they are the key pocket-book issues that matter to the voters.

We are under no illusions that voters are high-minded philosophers who weigh the pros and cons of each political party’s policy stances on key issues before deciding upon which one to vote for, and we are most certainly aware that the “youthia versus patwari” trolling on Twitter and Facebook does not come out of nowhere.

But we also know that in a new democracy like Pakistan, a very large swathe of the population still does not have fixed political views, and are open to changing their minds. And even the committed partisans may benefit from reading a respectful conversation that represents the best form of the policy argument not just from their side, but also from that of their chief political rivals.

Regardless of the outcome, we believe it is our responsibility as the fourth estate to help foster a constructive political discourse in the country, and provide voters with information that will help them make the key decision at the ballot box.

It is then for the voters to decide whether and how to use that information.

A simulated conversation between PTI and PML-N on economic issues 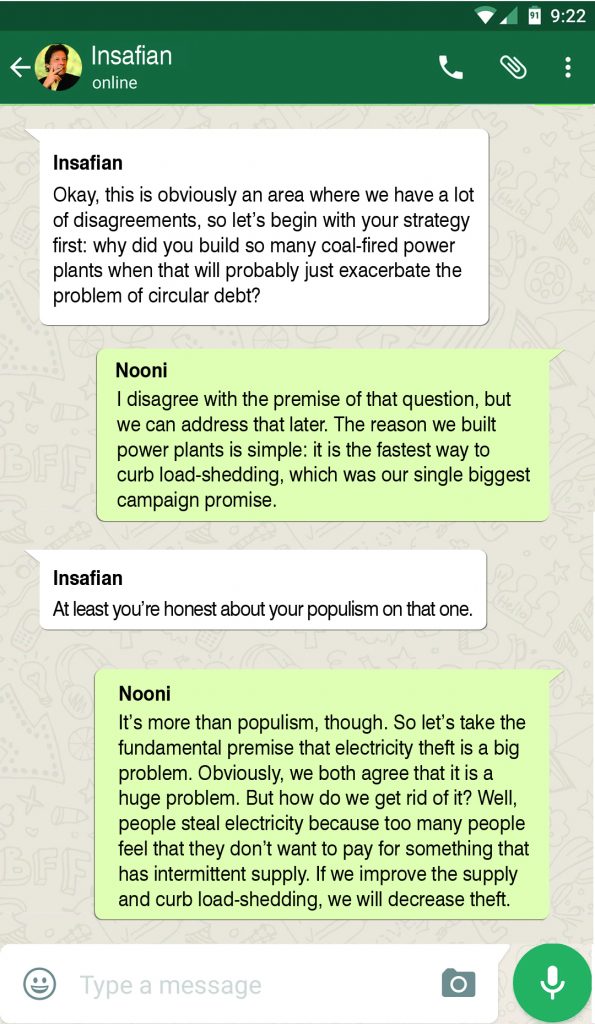 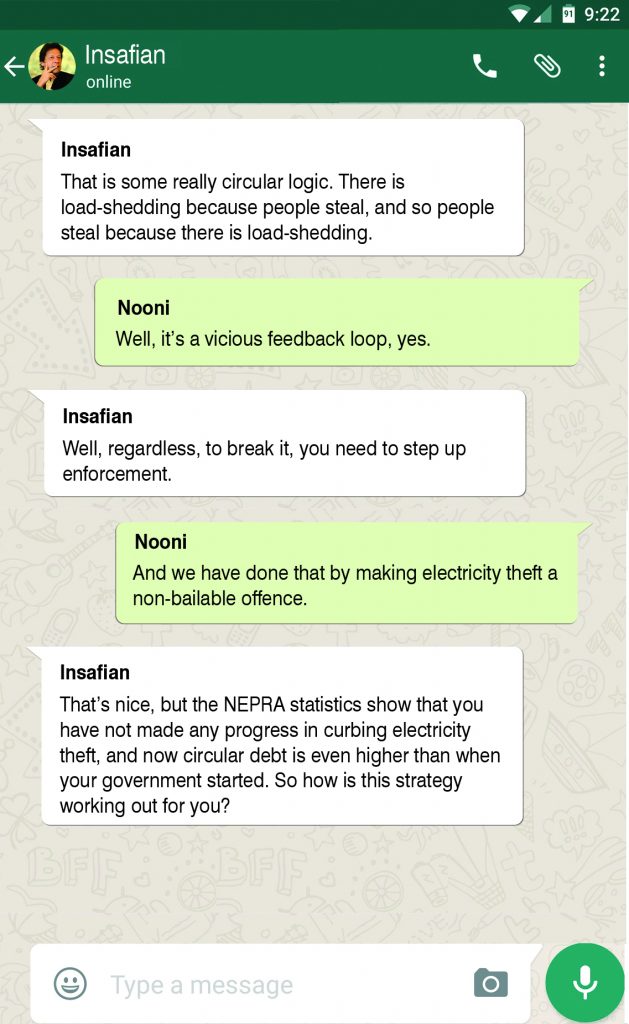 To understand the issues pertaining to the energy debate, read the full story here. 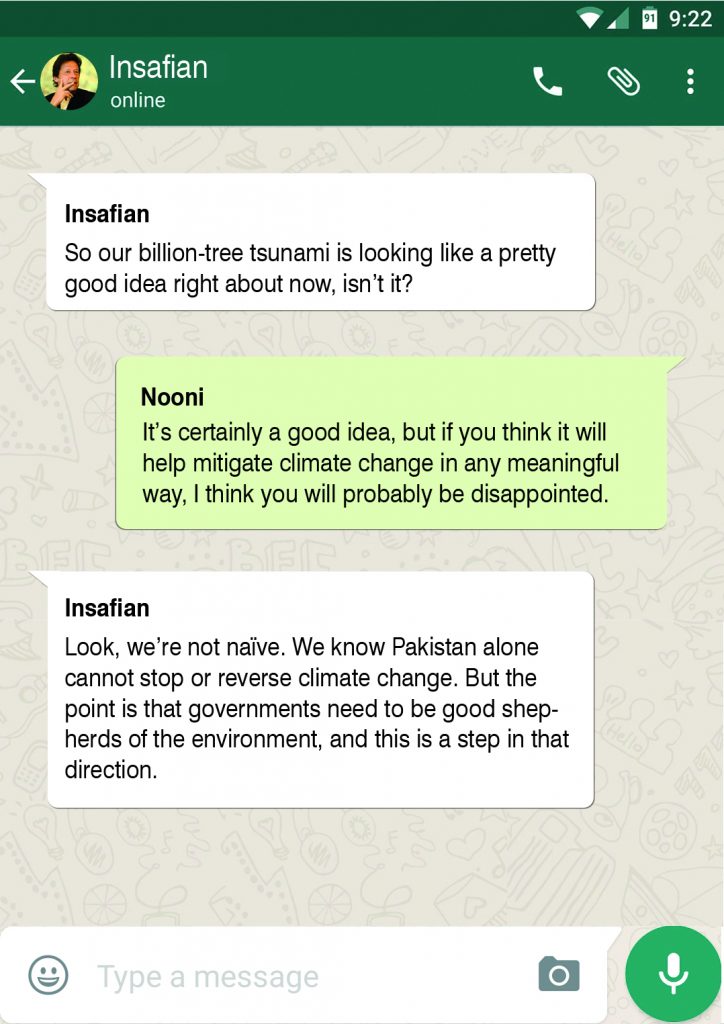 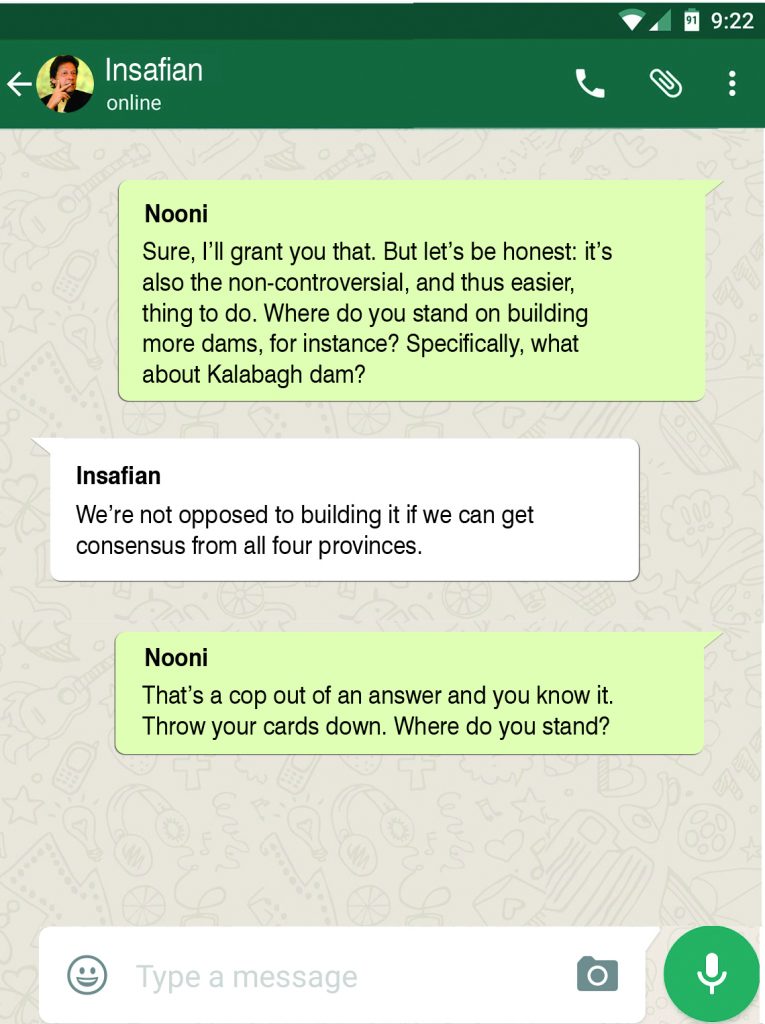 For an in-depth understanding of issues relevant to the water debate, read the full story here

To know if PTI performed better than PML-N on the education front, read the full story here