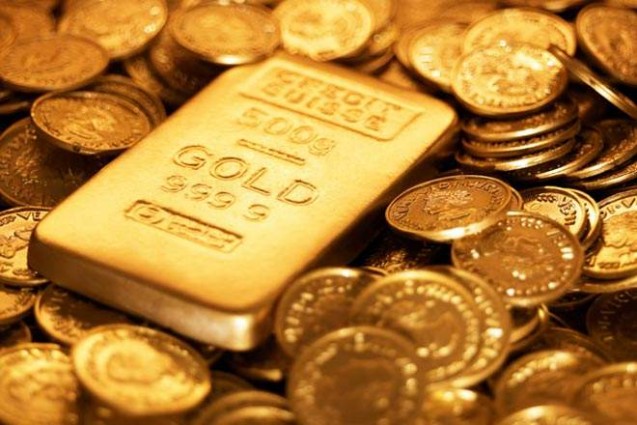 The dollar strengthened against a basket of currencies and extended its gains against the yen to hit a fresh six-week high of 111.06 yen, supported by the relative strength of the U.S. economy and on prospects of further rate hikes from the Federal Reserve.

U.S. consumer prices accelerated in the year to May, with a measure of underlying inflation hitting the Federal Reserve’s 2 percent target for the first time in six years, data showed on Friday.

The rise in price pressures will probably not shift the Fed from its stated path of gradual interest rate increases as policymakers have indicated they would not be too concerned with inflation overshooting its target.

Gold is highly sensitive to rising U.S. interest rates, which increase the opportunity cost of holding non-yielding bullion, while boosting the greenback.

Speculators cut their net long position in COMEX gold by 19,328 contracts to 4,186 contracts, CFTC data showed. This was the weakest position since January 2016.

Gold falls by Rs50 per tola